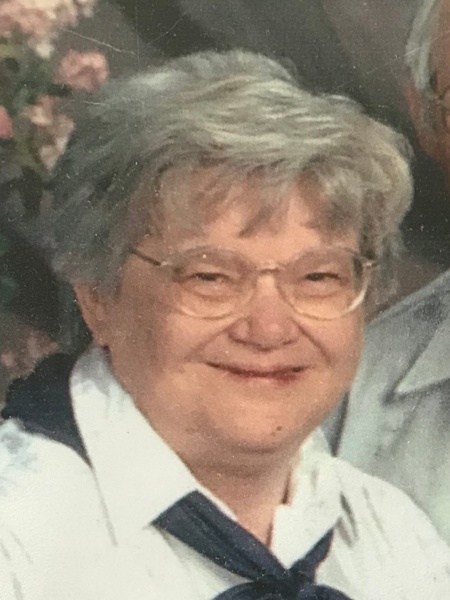 Memorial Service for Bonita Rebelein, age 75 of Alden, will be held at 11 AM on Wednesday, August 28, 2019 at Assembly of God church, 1540 S Shore Dr, Albert Lea, MN. Visitation will be held from 5-7 p.m. on Tuesday, August 27, 2019 at Bayview Freeborn Funeral Home and one hour prior to service at church on Wednesday. Online condolences are welcome at www.bayviewfuneral.com.

Bonita “Bonnie” (Benson) Rebelein passed away surrounded by her family and loved ones on August 24, 2019 at her home in Alden.

Bonnie was born on December 2, 1943 in Rochester, MN  to Richard and Irene (Boysen) Benson. She attended country school and later graduated from Hayfield High School. She attended Austin Junior College. She met the love of her life, Roger at the Austin Terp. They were married on September 29, 1962. They spent 56 extraordinary years together. Together they lived in Minnetonka until 1970 when they moved to the Rebelein family farm in Alden. There they raised their family.

She was a very active volunteer at The Rock in Albert Lea. She had a card ministry and was a prayer warrior. She was involved with Gideons, jail ministry, and the local truck stop ministry. Most of all she loved to spend time with family and friends.

She is preceded in death by her parents Richard and Irene Benson; parents-in-law George and Clara Rebelein; sister-in-law Peggy Benson; nephew Robert Benson.

A very special thank you to the Cancer Center and Albert Lea Mayo Hospice for their wonderful care and support. In lieu of flowers, memorials preferred to Youth for Christ, Gideons, or Albert Lea Hospice.

To order memorial trees or send flowers to the family in memory of Bonita âBonnieâ Rebelein, please visit our flower store.