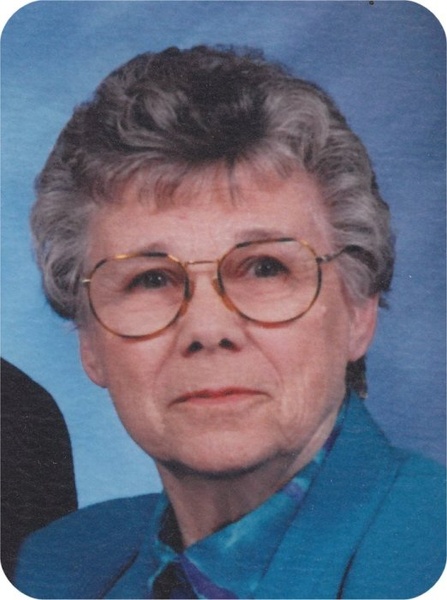 Funeral services for Alice Godeke, age 92, of Albert Lea, will be held at 2:00 p.m. on Thursday, August 3, 2017 at Hollandale Reformed Church.  Rev. Neal Ooms will officiate. Interment will be at Hollandale Cemetery.  Visitation will be one hour prior to the service at the church on Thursday. Online condolences are welcome at www.bayviewfuneral.com.

Alice Godeke was born on December 22, 1924, to her parents Jacob and Altje (Ravenhorst) Mondeel in Holland, Michigan. The family moved to Hollandale, Minnesota where she grew up on the family farm and graduated from Westside School. As a young adult she worked at a refrigeration plant in Albert Lea during World War II and then at Associated Groceries in Hollandale after the war ended. She loved music and she and her cousin Alice Ravenhorst (DeBoer) entertained at social gatherings singing and playing their guitars. Alice married Bernie Godeke on June 4, 1948. They made their home on a farm north of Hollandale. She was a homemaker and assisted on the family farm. In 1967 the family moved to Hollandale. Alice was a member of the Hollandale Reformed Church where she sang in the choir, was a member of the triple trio, Mary & Martha circle, Bible study, and the quilting group. She did volunteer work at the Hollandale Reformed Church and the Hollandale Christian School where their five children attended.

To order memorial trees or send flowers to the family in memory of Alice Godeke, please visit our flower store.