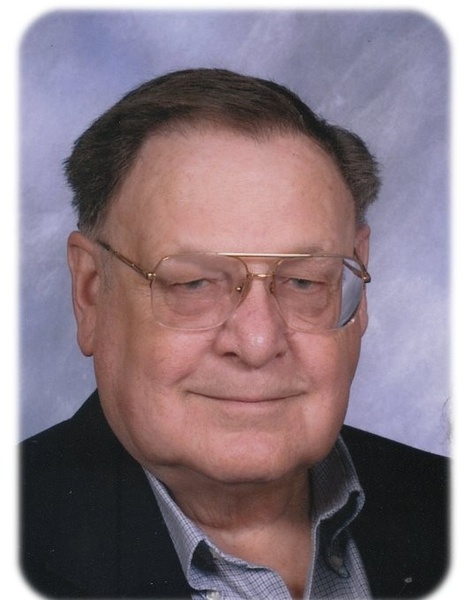 Funeral services for Allen James Carstens will be held at 10:30 a.m. Thursday, September 21, 2017 at First Lutheran Church in Albert Lea.  Rev. John Holt will officiate.  Interment will be at Graceland Cemetery.  Visitation will be held from 5:00 – 8:00 p.m. Wednesday, September 20th at Bayview/Freeborn Funeral Home and one hour prior to the service at the church.

Allen ‘Al’ Carstens was born October 7, 1936 in Belgrade, MN to Herman and Kathryn (Mohs) Carstens. He was one of 10 children. He graduated from Belgrade High School in 1954, and then attended Brown Institute in Minneapolis. He began his broadcast career in Charles City, IA and then went to Mason City, IA before coming to KATE Radio in 1957. On April 4, 1959 he united in marriage with Mary Wasmoen at First Lutheran in Albert Lea. Their two sons were born and raised in Albert Lea.

He retired from KATE Radio after 45 years of serving in many roles. The position of farm news director was the position he relished the most, including the joy he felt from interviewing 4-H members. He also served on many committees and boards throughout his career. He was a member of the Elks, Eagles, and the National Association of Farm Broadcasters, of which he was a member emeritus after retirement.

Al loved serving his community, as was shown by his instrumental role in starting the Fireworks Fundraiser. He also supported many area organizations including Ducks Unlimited, of which he was a 40 year member.

He was the recipient of numerous pranks over the years by his “friends” but always got the last word in over the air wave! His four grandchildren were a joy in his life. He was always proud of their achievements and loved them with all of his heart.

He loved life and his family and friends. A special thank you to Mayo Clinic Hospice of Albert Lea for their kindness, especially Deb, Carolyn, Tara, Jenny, Cindy and Jackie.

To order memorial trees or send flowers to the family in memory of Allen James Carstens, please visit our flower store.