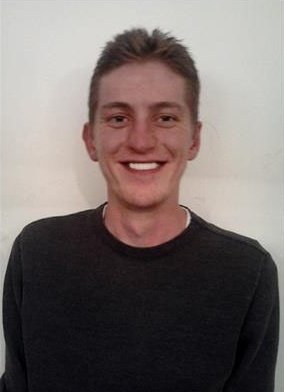 Ammon Jesse Harper passed on into eternity on May 7th close to 7:30 AM.  My name is Iolie Rose Harper.  I am his wife.  Our son’s name is Ammonihah Kai Harper.  Ammon is stepfather to my first child, Cura Kailee Hill.  He has two step grandchildren, Bianca Rose Scott and Whesley Rose Scott.  We have one son who was about 2 years younger than Ammonihah.  He passed away right after he was born.  His name is Anakin Ammon Harper.  Though Ammon is separated from us in a way, he is reunited with Anakin.  Anakin has one of his parents to be with him.

Ammon was born on November 11, 1985 in Orem, Utah.  His parents are Joseph Elton Harper Sr and Sandra Jeanette Harper.  He has 6 brothers and sisters who are still living.  His eldest brother is Joseph Harper Jr.  Jeanette Harper would have been the next oldest.  She passed away at a very young age.  Camilla Harper follows.  Then Sophia Harper.  Samuel Harper is next.  Ammon was about 10 to 11 months younger than Samuel.  About 5 years later, Isaiah was born.  The youngest is Seth Harper.

They lived in Orem, Utah for Ammon’s whole life.  He recalled times when his parents almost moved but something always changed their minds.  So they always lived in the same spot.

Ammon always had health problems.  As far as anyone can tell, he was born with a heart condition.  The heart condition was not able to be reversed at the time since medical practices in the area where they lived were not yet advanced enough for him to be treated.  By the time he was 5, the doctors finally found out about his heart condition.  However, his lungs had already been damaged by it.

He said that his parents were careful to make sure that he didn’t over exert himself.  They didn’t lay chores on him that were physically wearing and they usually asked one of his brothers to assist him with anything that required physical exertion.  He said that he wanted to do things himself and didn’t like always needing help.  However, he understood that he needed the help and I am sure he appreciated it.

However, Ammon was determined to live life the way he wanted to.  He told me about when he taught himself to ride a bike because he wanted to be able to ride a bike like other kids did.  He had been cautioned against riding because of his physical condition which is why no one taught him to ride.  So he took matters into his own hands and taught himself to ride.  He rode his bike all over the place.  Since he could not run, he liked riding a bike because it was the only way he could go fast.

He started his own business at age 16.  At age 34, he still liked going to work more than just about anything else.  I don't think he would have ever wanted to be sedentary.

There are a lot of things that he told me about that were negative about his growing up years.  He endured a lot of bullying and grossly unfair treatment.  I could tell when I met him that it still bothered him a lot.  He used to talk about it a lot.

We were best friends as soon as we met.  He had sent me a message on LDS Planet.  He really shouldn’t have seen my photo because I was over 30 and he was under 30.  We talked about it later and he had his settings online set to show him women’s profiles ages 18 to 30.  I had mine set to show me men’s profiles ages 30 to 45.  However, one day when he signed in to his account, he saw a picture up in the corner under a title that said, “People you might be interested in.”  It was a picture of me on a tractor.  I don’t even know how to use a tractor but I was pretending I did.  Anyway, he read my profile.  He sent me a message asking if I would like to go for a walk.  It was the last thing I had written on my profile…  that I like to go for walks.  He also said that he didn’t mind the age difference if I didn’t.  Most of the guys who I had dated over the years were younger than me.  I also always looked very young for my age.  So I didn’t mind that he was younger.  We met up at Winco in Orem.  He was standing in front of the store with a powerade.  We went for a walk at the lake.

We got married on Christmas Day in Provo, Utah.

The next year we were sealed (temple marriage) in the Salt Lake Temple on the day after Christmas.  I was 7 months pregnant with our son Ammonihah at the time.

He was a kind step father to my daughter, Cura Kailee Hill.  He helped her out of car accidents that he she had been in.  He went to go get her if she ever had problems where she needed to be picked up somewhere.  He rebuilt the engine on her red mustang.  I helped a little.  His brother Isaiah also helped put some of the stuff back together under the hood.  He did a lot of fatherly things for her.

He provided stability in our lives and in our home.  There were so many things that he knew how to do that I just didn’t know anything about.  He could fix cars.  He could fix just about anything mechanical.  We never had to call out for a repair person to come fix things.  Sometimes, we did have repair people come out if it was something that included in a plan we had purchased.  However, he just knew how to do a lot of things.  He knew about electrical work, plumbing, HVAC, computers, and anything with a motor or engine in it.  He never worked on TV’s or those types of electronics though.

Ammon was very into astronomy and anything scientific.  My son and he would make science experiments.  They would buy science activities and do them together.  They like drones and other such flying things like toy rockets which we would take to the park and they would play with them.  Since our son has so much energy he would go and get the things as they flew off and bring them back to his dad to set up again.  I was the runner as well.  Especially if something flew off into a weird place that my son couldn’t safely go to such as in the tall grass or bushes.

They bought kites and Ammon taught Kai how to fly them at the park.  They would watch curiosity stream videos together which are historical and scientific usually.  They seemed to prefer the scientific ones.  Ammon would send Wilderness videos and chubby emu videos which detailed people’s emergency room visits.  They liked listening to morbidly funny songs.  Like the hearse song.  When we would go for long rides, we would all take turns picking a song to listen to.  Whoever was in the passenger seat would man the phone and pick out whatever song was chosen.  They had many songs which they both really liked.

Ammonihah and Ammon were like peas and carrots.  They had so much fun together.  Their minds work so much alike.  Ammonihah really found joy in the time he spent with his father.  He was always excited when it was time for dad to come home.

We both were.   We’d call him when he was on the road and want to know what his ETA was.  We often would run outside to meet him especially if he’d been gone for awhile.  We were always so happy that he was home.  We all had so much fun together.  Being parted from him was always difficult for us.  Right now it’s tough to not have him around to talk to or do things with.  The most simple things were fun when he was with us.  If we were doing things like planting a garden (something he usually couldn’t help with), it was way more fun if he was outside with us.  He made everything a lot more fun.

As for me personally, I loved him from the first day I met him.  We talked about a lot of things that day.  He told me that he had decided that the next girl he went on a date with he was going to tell them all his health problems and issues that he had had from being abused emotionally and physically.  So when we were driving around that first night, he told me everything that had happened to him.  I understood him.  Being with him was like being in heaven.  His presence was wonderful.  I told him if I could bottle the feeling that I got when I had my head on his shoulder, people would buy it by the millions.  He would always, say, “You think so, huh?”

The effects of his illness took their toll on his body and on his mind over time.  Though he was still the loving, caring person he always was. We loved him very much. I don’t know what all he was up against nor can I understand the depth of how his health and past affected him.

To order memorial trees or send flowers to the family in memory of Ammon J. Harper, please visit our flower store.