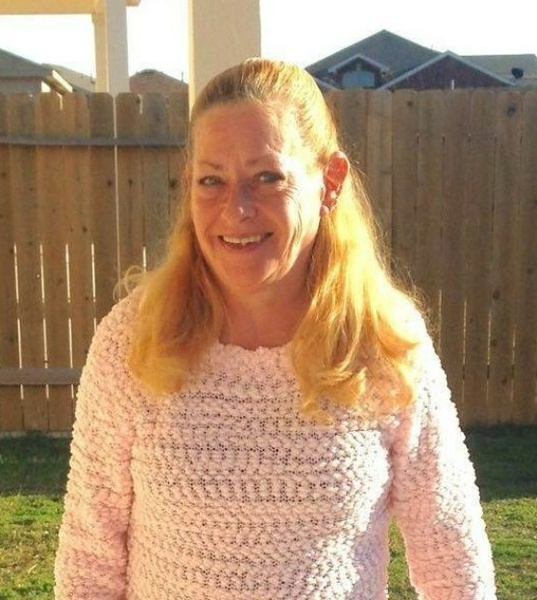 Angela Rae Johannsen, 59, of Converse, Texas, passed away on Wednesday, May 25, 2022 at Northwest Methodist Hospital in Converse, Texas of complications of lung cancer.

Angela was born on December 25, 1962 to Darroll and Patricia (Cashman) Johannsen. She attended Albert Lea schools.  After finishing school, Angela worked in the bakery department at County Market in Albert Lea.  Later in life, Angela moved to Texas to be closer to her family.  Angela loved her family and spending time with her children and granddaughter.  Angela loved animals and took great care of her pets and the many strays in her neighborhood.

Angela is preceded in death by her parents; sister, Debra Johannsen; and her grandparents, Ray and Iona Cashman and August and Audrey Johannsen.

To order memorial trees or send flowers to the family in memory of Angela Rae Johannsen, please visit our flower store.