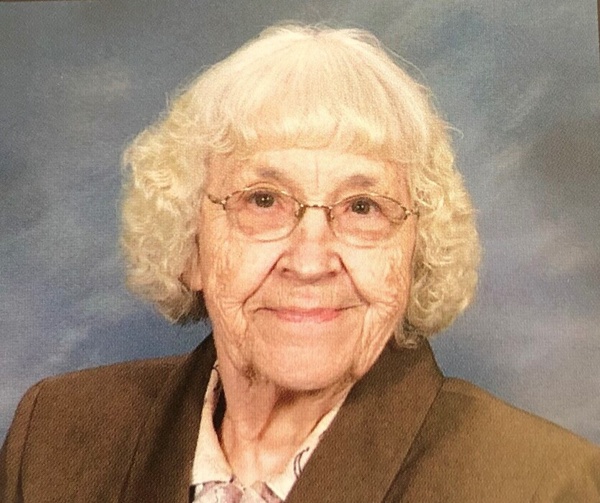 Funeral services for Angeline J. Overland will be at 1pm Tuesday, May 11, 2021 at Bayview/Freeborn Funeral Home, 1413 Hwy 13N, Albert Lea, MN.  Pastor Randy Baldwin will officiate.  Burial will follow at Lunder Lutheran Cemetery.  Visitation for Angeline will be Monday, May 10, 2021 from 4pm to 6pm at Bayview and one hour prior to the service on Tuesday.

Angeline Jane Overland was born on October 31, 1923, the daughter of Grover and Anna Salisbury in Nunda Township near Albert Lea, MN.

Angeline and Casper lived on their farm North of Twin Lakes for 50 years then moved to their house in Twin Lakes in 1993.

Angeline enjoyed many hobbies including needlepoint, gardening and raising chickens.  She was so proud of her family and cherished the time she spent with her grandchildren and great-grandchildren.

To order memorial trees or send flowers to the family in memory of Angeline Jane Overland, please visit our flower store.