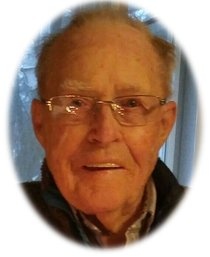 Memorial services for Archie N. Foss, age 94, of Albert Lea, will be held at 11:00 a.m. on Friday, January 6, 2017 at Trinity Lutheran Church.  Rev. Eileen Woyen will officiate. Military honors will be accorded by the V.F.W. and American Legion Honor Guard. Friends may greet the family one hour prior to the service at the church on Friday. Online condolences are welcome at www.bayviewfuneral.com.

Archie N. Foss was born November 26, 1922 in London, Minnesota, the son of Ole J. and Annie (Swensrud) Foss.  He grew up and attended school in London.  He was in the Merchant Marines off and on from 1945 to 1955 where he mostly sailed on Cargo ships and troop transports but also oil tankers and first class passenger ships. He traveled to many places. On August 10, 1957, Archie married Delores Machacek at the Wayside Chapel in Austin, Minnesota.  He worked for many years at Streaters. He and Delores moved to Montrose, Colorado after retirement, then back to Albert Lea to be closer to family.  He enjoyed woodworking, fishing, and hunting.

Archie was preceded in death by his parents; wife, Delores; brothers, Lawrence, Jay, and Edward; and brothers-in-law, Robert Beach and De Lyle Machacek.

To order memorial trees or send flowers to the family in memory of Archie N. Foss, please visit our flower store.