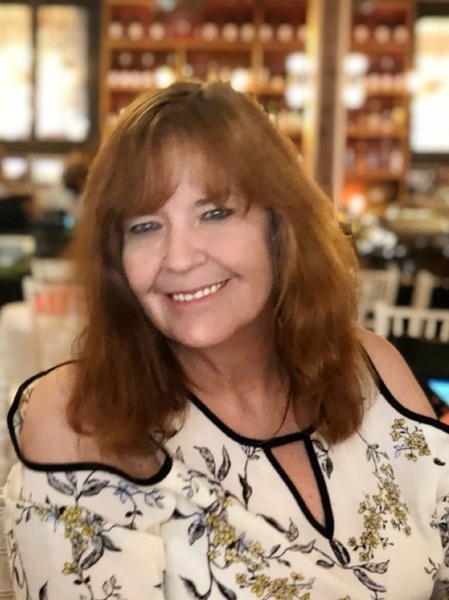 Arline Marie Walker Passed away Friday, December 27, 2019. Visitation will be held 5-7 PM Thursday, January 2, 2020 at Bayview/Freeborn Funeral  Home and for one hour prior to service on Friday.  Funeral service will be held at 11 AM Friday, January 3, 2020 at Our Savior's Lutheran Church in Albert Lea. Interment will be at Oak Lawn Cemetery in Emmons.

Arline Marie Walker passed away Fri., Dec 27, 2019 at her home surrounded by her loving family.

Arline was born July 11, 1955 in Albert Lea, MN to Benjamin and Ardis (Jordahl) Anderson. She was baptized and confirmed at Our Saviors Lutheran Church in Albert Lea. She attended school in Albert Lea and graduated from Morris High School. Later in life she received a degree in accounting from Albert Lea VoTech.

Arline married Benjamin Walker on Feb.20, 1972. Together they had three children. They later divorced but remained friends.

Arline wore many hats throughout her career: from factory to corporate finance to playing in a rock band and playing the church organ, owning the Austin Bus Depot to being a school bus driver for Albert Lea Bus Co. It was this last job she regarded as her most rewarding. Calling the children on her bus “her kids.” She drove bus and played organ all the way up to the final few weeks of her life.

Family was everything to her. She genuinely cared about people. She remained a faithful servant of God to the end. She was a fighter. After she received her diagnosis, she stayed positive and hopeful. She laughed more than she cried. Not because she lived in denial, but because she knew that every day was better spent with love and laughter in her heart than it was to live in sadness and despair.

Arline was proceeded in death by her grandparents, her parents Benjamin and Ardis Anderson and her former husband Benjamin Walker.

To order memorial trees or send flowers to the family in memory of Arline Marie Walker, please visit our flower store.