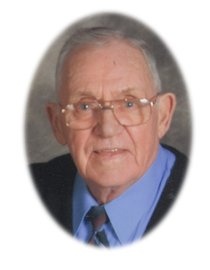 Memorial services for Armand M. Ulstad, age 85, of Albert Lea, will be held at 2:30 p.m. on Monday, February 27, 2017 at Bayview/Freeborn Funeral Home.  Rev. John Holt will officiate. Interment will be at Bricelyn Cemetery at a later date. Military honors will be accorded by local servicemanâ€™s organizations. Friends may greet the family one hour prior to the service at the funeral home on Monday. Online condolences are welcome at www.bayviewfuneral.com.

Armand M. Ulstad was born January 19, 1932 in Bricelyn, the son of Orville and Marie (Egness) Ulstad.  He grew up and attended school in Bricelyn.  He served in the U.S. Army from 1952 to 1954. Armand was a milk man in Bricelyn for 10 years.  On February 2, 1957, he married Carol Stoltz in Wells.  The couple later divorced.  On December 4, 1976, Armand married Louise Reynen Johnson in Albert Lea.  He worked at Scottsman and retired from the Albert Lea Family Y as a custodian.  Armand enjoyed fishing, camping, spending time at Diamond Joâ€™s.  He was a member of the Albert Lea American Legion.

Armand is survived by his son, Jeffrey Ulstad of Albert Lea; former wife, Carol and her son David (Stoltz) Ulstad of Hartland; step-daughter, Patricia (Eugene) Adamek; step-granddaughters, Ashleigh and Courtney; and many nieces and nephews.

Armand was preceded in death by his parents and two sisters, Mary Ann Erdman and Jean Cox.

To order memorial trees or send flowers to the family in memory of Armand M Ulstad, please visit our flower store.