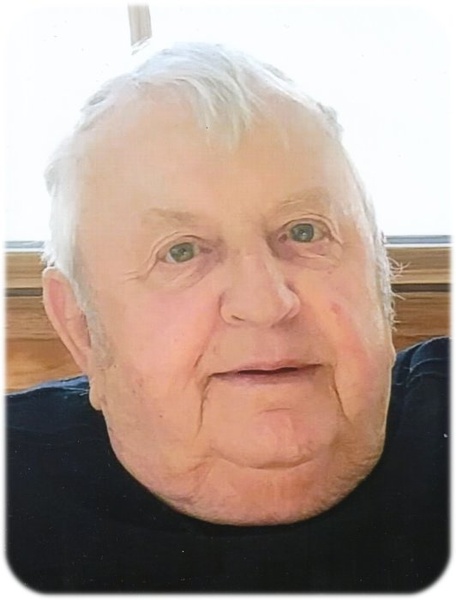 Funeral services for Arnold C. Troe, age 82, of Emmons, will be held at 1:30 p.m. on Wednesday, January 2, 2019 at Emmons Lutheran Church.  Rev. David Schafer will officiate. Military honors will be accorded by the Emmons American Legion.  Interment will be at Oaklawn Cemetery.  Visitation will be one hour prior to the service at the church on Wednesday. Online condolences are welcome at www.bayviewfuneral.com.

Arnold Clifford Troe was born on November 6, 1936 in Silver Lake Township, Iowa, the son of Arthur and Cora (Johnson) Troe.  A lifelong resident of Emmons, Arnold graduated from Emmons High School.  He served in the U.S. Army and was stationed in Hawaii.  On June 15, 1963, Arnold was united in marriage to Joan Marlene (Bauer) Olson at First Lutheran Church in Albert Lea.  He was an active member of Emmons Lutheran Church and always enjoyed going to Rushford to pick up the lefse for lutefisk dinners.  He was also a member of the Eagles and the American Legion, where he held office as Freeborn County Commander, District Commander, and Department appointments, including involvement with the Children in Youth Program.  He attended many meetings and conventions with his cohorts and always had a great time.  Arnold enjoyed golfing and teaching all three of his grandsons to golf at an early age as well as traveling, including many trips to Florida and Branson, a special trip to Hawaii with Joan, and a 2014 Norway trip with Steve Sprenger. He loved having coffee downtown every day and spending time with family.  For any family get together, Arnold would say “I’ll bring the ham!”

To order memorial trees or send flowers to the family in memory of Arnold Clifford Troe, please visit our flower store.