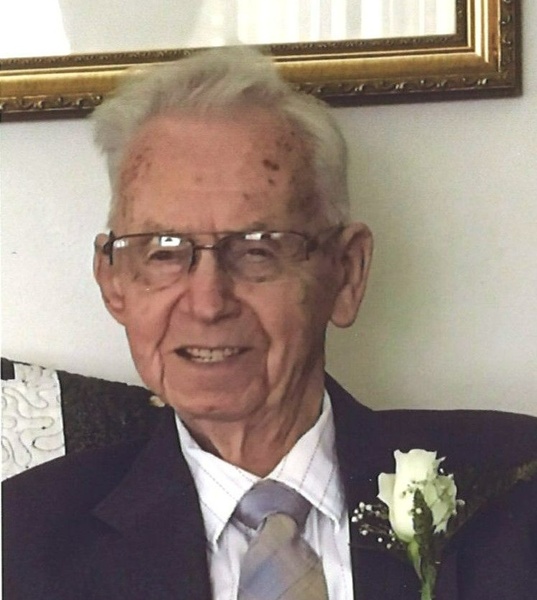 Funeral services for Arnold will be held Monday, November 22, 2021 at 11am at Our Saviors Lutheran Church, Albert Lea, MN. Reverend Michael Lilienthal will officiate. Visitation will be 1 hour prior to the service at the church. Burial will be at Lakewood Cemetery, Albert Lea, MN. Military Honors will be provided by Albert Lea American Legion and VFW Honor Guard. Arnold's service will be livestreamed via Bayview Funeral Home's Facebook page.

Arnold was born April 7, 1925 in Kossuth County, IA to Joseph and Emma (Gangstee) Tuttle. He attended and graduated from Elmore, IA High School. Arnold enlisted in the Army and served our country while overseas during World War II. Returning home safely after the war, he married Verna J. Varland in Albert Lea, MN. The two had met through being pen-pals during Arnold’s time in the service. Arnold and Verna resided in Albert Lea and Rochester the last 74 years. He worked for Montgomery Ward stores for many years and then Imperial Carpets until becoming an independent contractor installing carpets and floor tiles for many homes in the Albert Lea area. Arnold was an avid woodworker producing wooden rocking horses for his great grandchildren and creating many wooden walking canes for himself and others to use and enjoy. Arnold and Verna lived in their own home until February of this year when they moved to the independent living apartments at Knutson Place.

To order memorial trees or send flowers to the family in memory of Arnold Tuttle, please visit our flower store.