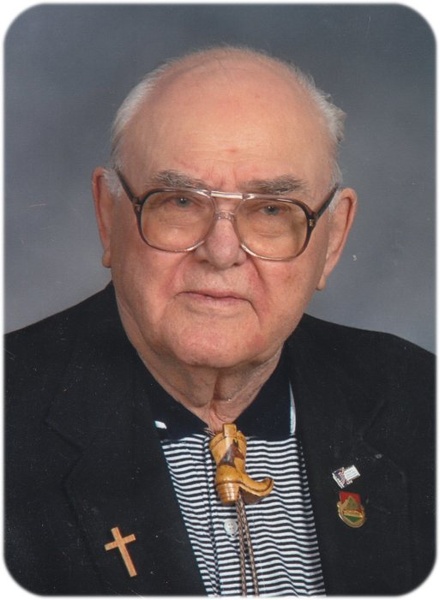 Art was born June 15, 1921 in rural Manchester to George and Martha (Stoddart) Christiansen.  He graduated from Freeborn High School in 1939.  Art then continued his education at the Milwaukee School of Engineering.  He enlisted in the Army where he served from 1942 to 1946.  He was in the 11th Armor Division of the 3rd Army under General Patton in Europe during WWII.

Art was united in marriage to Edith O’Brien on April 14, 1946, in Santa Barbara, California.  He retired from the Freeborn County Highway Department as Shop Forman.  He was a member of the Freeborn American Legion for 72 years, the V.F.W., and retired from the Freeborn Fire Department as Assistant Fire Chief.  Art had a good sense of humor and enjoyed sharing it with everyone.  He loved his family and playing cards with them and others.  His favorite teams were the Twins and Vikings.  He liked wood working, fishing, and gardening.

To order memorial trees or send flowers to the family in memory of Arthur William Christiansen, please visit our flower store.