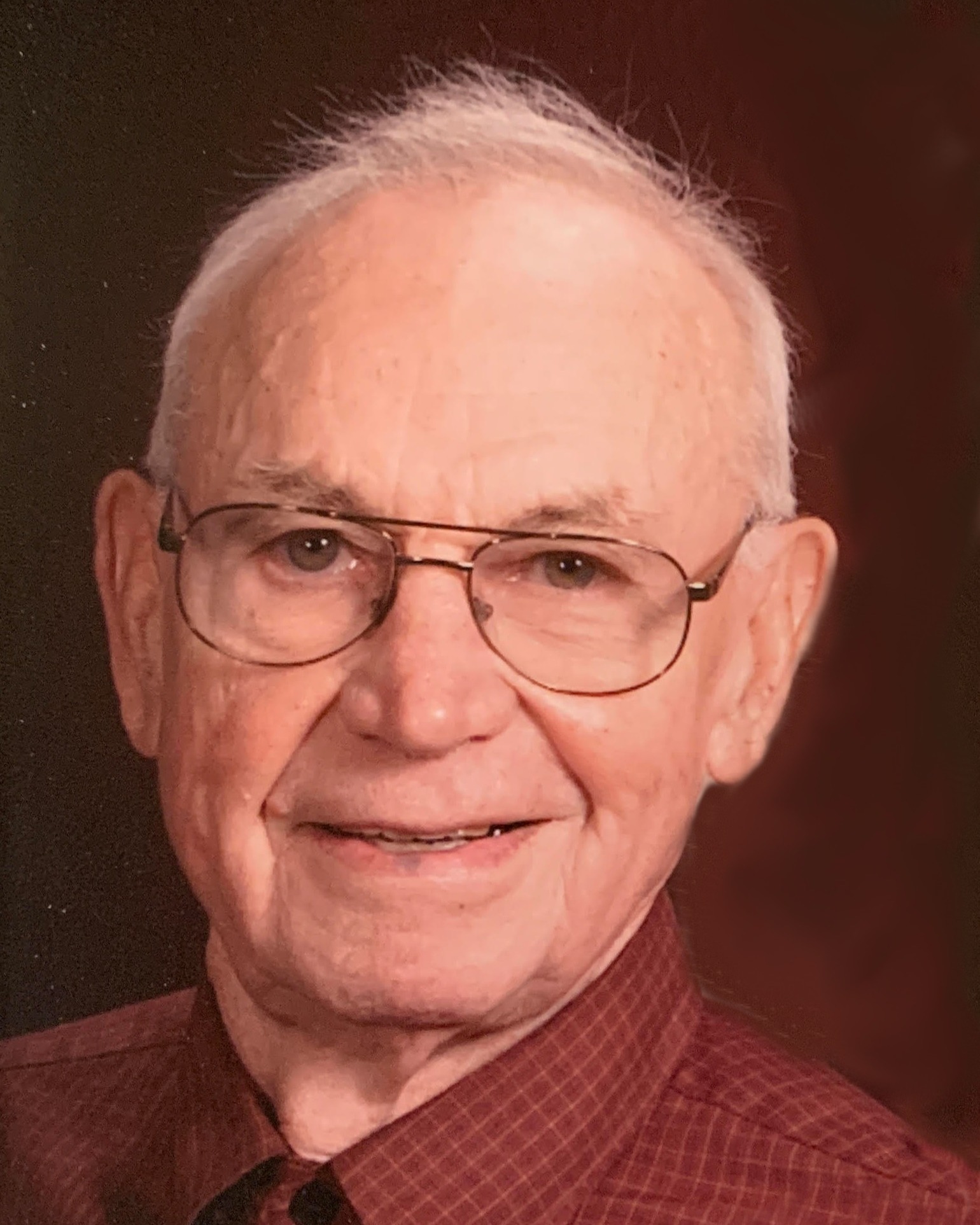 Ben Boyd Fredrickson passed away Sunday, January 15, 2023. A celebration of his life will be held Friday, January 20, 2023 at 11 am at Bayview Freeborn Funeral Home with visitation one hour before the service. Pastor Don Malinsky will officiate. Interment after fellowship will be at Lunder Lutheran Church Cemetery, rural Albert Lea.

Ben was born in Albert Lea on May 6, 1932. He graduated from Albert Lea Senior High School in 1950 and married Phyllis Budahl on June 24, 1951. They resided on Summer Avenue until they purchased the Budahl Family Farm where they resided until moving to Knutson Place in 2013.

Ben was a meat cutter at Wilson & Company for 33 years. After his retirement from Wilson’s Ben began what he called his ‘dream job’ as a rural mail carrier on all 6 rural routes often marveling at how the people on the routes appreciated him and the visits they would have.

Living in the country meant Ben could ‘hobby farm’ on the side. Gardening was his biggest passion and he passed that love on to Gayle who would spend hours with him weeding and harvesting beans, carrots, onions, leaf lettuce, raspberries, strawberries, tomatoes, corn, cucumbers and more. Having a few tillable acres meant Ben could raise much of the feed for his livestock. Ben raised Angus cattle, taking pride in having a Grand Champion Steer shown by his grandson Kevin in the Midwest Steer Show in 1989. The Fredrickson Funny farm always had Black Angus plus a variety of livestock over the years with horses, pigs, 2 Jersey’s for the dairy cow experience, donkeys, ducks, chickens, pigeons, a peacock, rabbits and rescued wood duck that was a confirmed bachelor by choice much to our disappointment. Ben always had a dog that adored him. Hunting season brought together family and neighbors for pheasant, coon and duck hunting. Deer hunting always meant a dedicated group of hunters from young to old working together to fill the branch of the big oak tree in the front yard with trophies and sharing their tales of the hunt in the dining room over Phyllis’ cinnamon rolls and coffee. When Karen expressed interest in pitching for 4-H Softball, Ben erected a backstop in the south pasture for the Twin Lakes 4-H club to practice at and spent hours with his girls practicing. Ben wrestled for Albert Lea High School and stayed a fan of the sport through the years. His love of wrestling continued with some grandsons and a great grandson wrestling. Ben was coached by LeRoy Maas and was proud to be among those who watched the LeRoy Maas Wrestling Scholarship grow and provide scholarships for Albert Lea High School wrestlers.  Ben was a faithful member of Lunder Lutheran Church.

Ben will be remembered for his deep love of family and always having  the time and kind words to share with those he met.

To order memorial trees or send flowers to the family in memory of Ben Boyd Fredrickson, please visit our flower store.