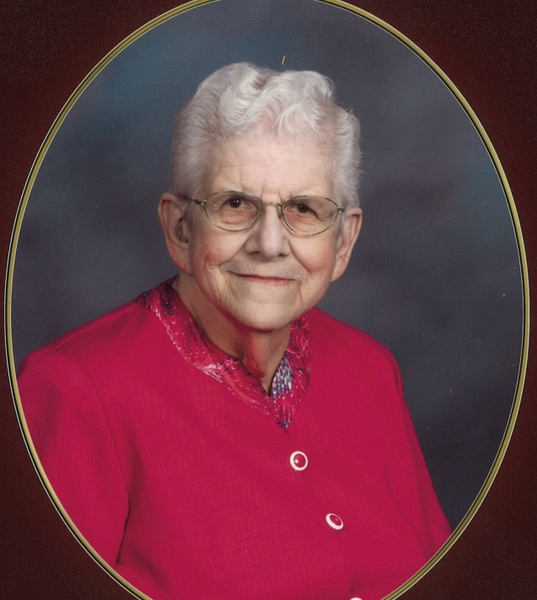 Berneta Clara (Krueger) Hansen, 97, of Albert Lea, passed away on Sunday, February 20, 2022 at St. John’s Lutheran Home in Albert Lea.  Celebration of Life will be held at 11AM on Wednesday, March 2, 2022 at Bayview/Freeborn Funeral home.  Visitation will be from 5-7PM on Tuesday, March 1, 2022 at Bayview/Freeborn Home and one hour prior to the service.  Burial will be at the Greenwood Cemetery in Glenville, MN.

She grew up on a farm near Conger, MN with her parents and six sisters.

She attended school district 69 in Freeborn County through the 8th grade and was confirmed April 1940 at Concordia Lutheran Church not far from the family farm.

Berneta was a hard worker, helping with chores around the farm.  After she was confirmed, she worked for different farm families, which was usually a relative or close family friend.

When her mother and father moved off the farm after the marriage of her sister Marvel, she moved with them to Conger, MN along with sisters Harriet and Rosie.

In the mid-forties, Berneta worked at different grocery stores in Conger.  During this time period, Berneta loved to go to dances and free movie shows with the gang as she would call them.

On March 30, 1951 Berneta married Edgar Hansen at the Bear Lake Lutheran Church parsonage and the next day moved to Albert Lea, MN where they lived the rest of their lives.

Along with maintaining her home and raising two children, Berneta sold greeting cards as a side job and worked part time at different grocery stores.  She also worked for school district 241 in the cafeteria until she started having health issues.

Berneta was preceded in death by her husband Edgar, her parents Bill and Minnie Krueger, her sisters Marie, Mildred, Leona, Marvel, Harriet and Rosie and her Granddaughter Jill Doppelhammer.

To order memorial trees or send flowers to the family in memory of Berneta Clara (Krueger) Hansen, please visit our flower store.