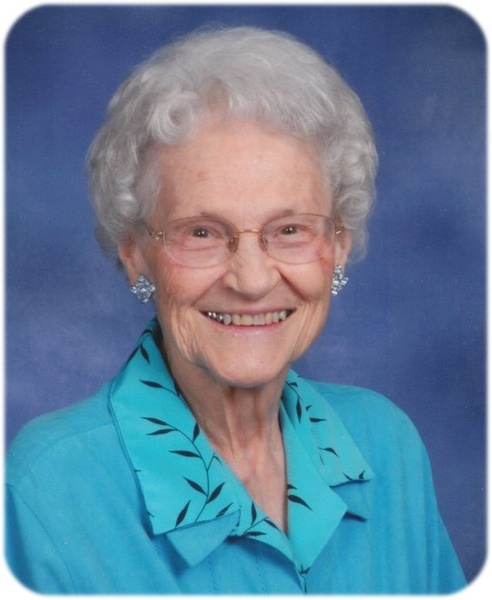 Funeral services for Bernice Tolbers, age 92, of Albert Lea, will be held at 11:00 a.m. on Thursday, April 20, 2017 at the United Methodist Church.  Rev. Joyce Shaman will officiate. Interment will be at Graceland Cemetery.  Visitation will be 5:00-7:00 p.m. on Wednesday, April 19 at Bayview/Freeborn Funeral Home and one hour prior to the service at the church on Thursday. Online condolences are welcome at www.bayviewfuneral.com.

Bernice Ione Tolbers was born May 3, 1924 in Mankato, MN, the daughter of Emil and Ione (Palmer) Dusbabek.  She attended schools in Albert Lea, Mason City, Waseca, and graduated from Faribault High School in 1942. Bernice was a member of the United Methodist Church all her life, was baptized in the old Methodist church in Albert Lea, confirmed in the Faribault church, and had been active all her life in the services of the churches she attended.  She met Harold Tolbers at Lake Frontenac at a Methodist youth camp in 1944 and they were married at the UMC church in Faribault on May 30, 1946.  They moved to Minneapolis where Harold attended Dunwoody College and then moved to Albert Lea to build their home and raise a family.  She worked at Federated Insurance Co. in Owatonna, Wilson and Co., Ruud Motors, and Evans Garage doing the accounting, then changed jobs working as a nurse’s aide at Naeve Hospital for four years before retiring. Harold and Bernice built a cabin in Waterville, MN and spent a lot of time there, enjoying their children and grandchildren, boating, and fishing on the weekends.  A large garden by the lake was a lot of fun and Bernice enjoyed the climbing roses she grew that covered the sides of their cabin each summer.  After Harold retired from Interstate Power Company after 40 years of service, they purchased a motor home and traveled throughout the United States, Canada, and drove to Alaska and into Mexico with friends and relatives for many years.  They spent most winters in Arizona.

To order memorial trees or send flowers to the family in memory of Bernice Ione Tolbers, please visit our flower store.