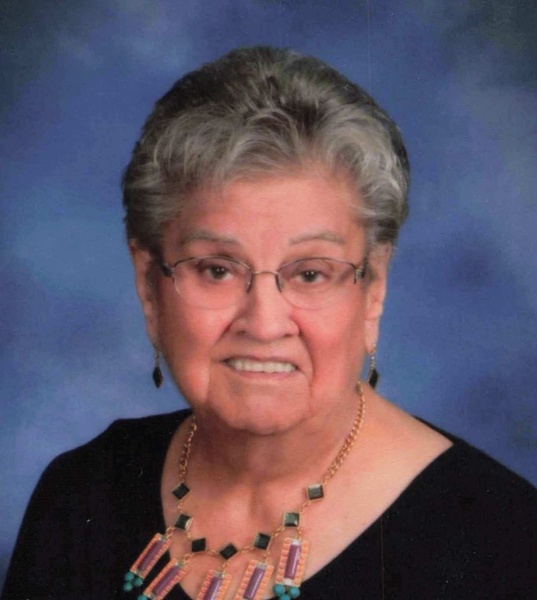 In 1939, Bertha married Merrill LuVerne Richardson in Fort Dodge, Iowa. They raised five children together. Throughout their marriage, Bertha and LuVerne lived in Dayton, IA, Des Moines, IA, and Albert Lea, MN. Together they were farmers and later pool hall, tavern owner/operators, and Friday night dancers (often to their son-in-law Arner’s band). Bertha also worked as a homemaker, a department store window display arranger, a dry-cleaning specialist, a hospital housekeeper, and a salad-making associate at a food production facility.

Bertha was a life-long gardener who canned, pickled, or jellied every vegetable and fruit she could. She was a skilled seamstress (making clothing and quilts for her children, grandchildren, and others), enjoyed embroidering, and was a tireless crocheter (everyone got an Afghan blanket).

She loved hosting Christmas gatherings (and her grandchildren loved that she loved to have us). We could count on chili, oyster stew, mixed nuts, pickled herring and crackers, fried chicken, mashed potatoes, peanut butter chocolate balls, and pumpkin roll. She made her home everyone’s home. She was a loving grandmother who rarely raised her voice. Her grandchildren would know they might be a little out of line with only a “You are such a stinker.” She encouraged her grandchildren to participate and learn, whether it be fishing, playing cards, or riding snowmobiles.

Bertha’s card-playing and gambling skills, and her desire to win, were well known. She loved her trips to Arizona to visit Kay and Kirby, especially because they would play cards and visit the casino. It was always penny and nickel stakes, but it wasn’t about the money. She had a toughness about her (if you gave her guff, you were likely to get it back) that she displayed when she needed. She playfully demonstrated that toughness especially while playing the card game Schafkopf. She was known to just
occasionally pound the table (or someone’s shoulder) when things did not go her way, call those at the table “SOBs”, and sometimes provide everyone in earshot a lesson in cursing in two languages (all because she lost 15 cents). But most of the time, she would win and fill the house with the best, loud laughter.

Bertha loved her childhood camping and fishing trips with her parents and siblings in northern Minnesota. She shared that love with her husband, children, and grandchildren. She often expressed her happiness in spending her final years permanently camping under the loving care and endless support (including raised garden beds) of her daughter, Karla, and her son-in-law, John, at theircampgrounds near Morristown, MN.

Bertha was preceded in death by her husband, LuVerne, her nine brothers and sisters (Elsie, Margaret, Trudy, Erna, Paul, Bill, Frieda, Kurt, and Anne) and their spouses, her son-in-law Arner Johnson, and her grandson-in-law Larry Tlamka.

A visitation will be held at 1:00pm and a funeral service at 2:00pm followed by coffee and fellowship on Wednesday, June 15 at Bayview Freeborn Funeral Home, 1415 State Hwy 13, Albert Lea, MN.

To order memorial trees or send flowers to the family in memory of Bertha Richardson, please visit our flower store.