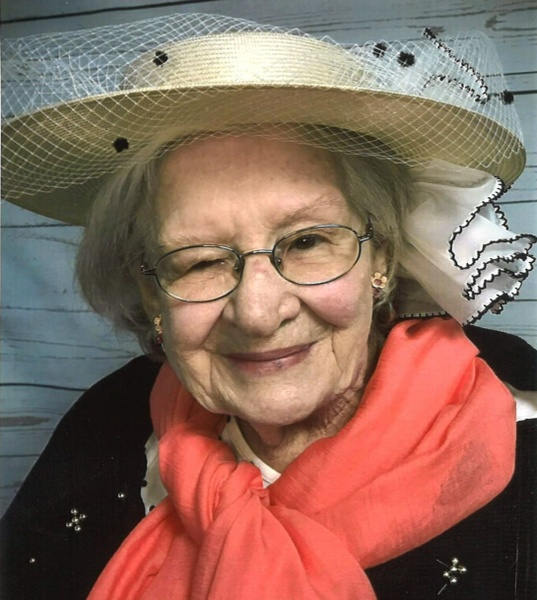 A celebration of life for Betty Lou (Campbell) Jones will be held at Bayview Funeral Home, 1415 Hwy 13 N, Albert Lea MN on Saturday February 26th at 2:00pm with a visitation at 1:00pm.

Refreshments will be provided following the service. A private burial will be at Fort Snelling National Cemetery in Minneapolis at a later date.

The Lord called Betty home February 16, 2022 at the age of 97. Betty was born on January 27, 1925 in Wells, Mn. on the family farm. She was the daughter of Rush and Ida (Custer) Campbell. Betty grew up in Wells and graduated from Wells High School.

Betty was married to Leon Roberts in July 1943. To this marriage one son, Cullins was born. The marriage ended in divorce. Betty later married Merle (Dutch) Jones in August 1946. One son Jim was born.

Betty was a member of the 7th Day Adventist Church. She was active with the Eagles, American Legion and the VFW Women's Auxiliary of which she served as President as well as Conductress. She also proudly served as a member of the Professional Women's Club.

Betty worked several jobs, but she enjoyed her 25 years as bookkeeper at Zetterholm Motors.

She often told stories of people she would meet in public who remembered meeting her there.

Betty was a great horse enthusiast. She loved to ride as well as race her horse. Betty did a lot of camping and traveling along with her special friend Francis Pash. She led an active life of travel throughout the world including Indonesia, Hawaii, Alaska and Canada.

To order memorial trees or send flowers to the family in memory of Betty Lou (Campbell) Jones, please visit our flower store.