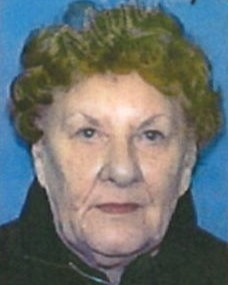 Elizabeth “Betty” Ann (Kirsch) Roche, age 96, was born to Joseph and Anne (Bauman) Kirsch on December 14, 1925, in New Ulm, Minnesota.  She was the middle child of ten brothers and sisters and the last survivor of her siblings. Her family moved to Albert Lea when she was five. Betty was baptized and confirmed in the Catholic Religion. Her Catholic faith was a very important part of her daily life. She was a member of St. Theodore Catholic Church where she was member of the church guild and prayer chain.

Betty married Leo Roche on July 26, 1947. To this union, two children, Patricia Ann and Michael Leo were born. After her husband’s death in 1959, she devoted her life to raising her children. On September 13, 1991, she became a grandmother to Chad Leo. Betty and Chad had a special bond, and they shared many special memories. He became her care giver in her later years.

Betty enjoyed going to coffee with her friends and relatives. She was blessed to have many wonderful friends and neighbors during her lifetime.

Betty left this world on October 24, 2022. She passed away peacefully at home with her family by her side. She will be in our hearts every day of our lives until we meet again. Love you! Always!

Funeral services will be held at St. Theodore Catholic Church in Albert Lea, MN at a later date.

To order memorial trees or send flowers to the family in memory of Betty Roche, please visit our flower store.