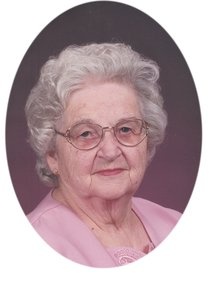 Funeral services for Beverly Arlene (Means) Boone, age 93, of Albert Lea, will be held at 10:30 a.m. on Tuesday, August 9, 2016 at First Lutheran Church in Albert Lea.  Rev. John Holt will officiate. Interment will be at Hillcrest Cemetery.  Visitation will be 4:00-6:00 p.m. Monday, August 8 at Bayview/Freeborn Funeral Home and one hour prior to the service at the church on Tuesday. Online condolences are welcome at www.bayviewfuneral.com.

Beverly passed away August 4, 2016 peacefully in her sleep at her residence Just Like Home Place in Albert Lea.

Beverly was born May 25, 1923 to Henry and Stella (Madson) Means in Albert Lea, MN. She was baptized and confirmed at First Lutheran Church. She graduated from Albert Lea Senior High School in May 1941. She married Chessle Boone on March 16, 1946. They had four children: Annette, Patricia (Pat), Constance (Connie), and Dennis.  Beverly was a homemaker until Dennis was a senior in high school when she went to work outside the home. She worked at Skinner Chamberlin, Singer Sewing Company and Ben Franklin store until her retirement. She was a life member of the VFW Auxiliary in which she held many offices and was Treasurer for several years. She also worked the VFW food stand at the Freeborn County Fair for many years. She was the Poppy Chairman for several years. Beverly was a 50-year member of the American Legion Auxiliary. She was also an avid Minnesota Twins fan and enjoyed watching the games and lately just listening to them. She enjoyed going to her grandchildrenâ€™s baseball games. She also enjoyed playing Bunko with her special group of friends, playing bingo and going to Diamond Joâ€™s. In her final days she really enjoyed listening to the Bandwagon and Lawrence Welk on TV.

To order memorial trees or send flowers to the family in memory of Beverly Arlene Boone, please visit our flower store.