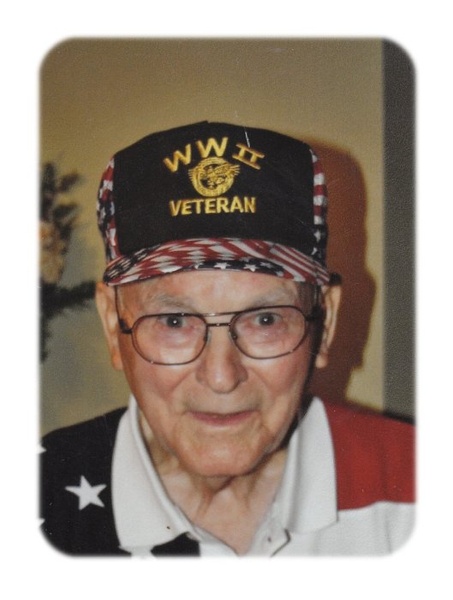 Memorial services for Billy Bales, age 91, of Albert Lea, will be held at 6:00 p.m. on Tuesday, April 3, 2018 at United Methodist Church.  Rev. John Mitchem will officiate.  Military Honors will be accorded by local servicemen’s organizations. Friends may greet the family one hour prior to the service at the church on Tuesday.

Billy Bales was born on December 12, 1926 in Hartshorne, Oklahoma, the son of William and Marie (Martin) Bales.  He grew up in Oklahoma and attended Heavener Schools.  Billy enlisted in the Navy during World War II where he served on the USS Hollandia. On May 24, 1952, Billy was united in marriage to Helen Vera Shannon and they lived in Denver, Colorado.  He worked for Gardner Denver, a mining equipment manufacturer. After retirement Billy and Helen moved to Oklahoma and in 2005 the couple moved to Albert Lea.  Billy enjoyed woodworking, fishing, and hunting.  He volunteered for the Colorado Search and Rescue for eight years with a Bloodhound named “Moses.”  Billy searched on many occasions including the search for Ted Bundy after he escaped from jail in Colorado.

Billy was preceded in death by his parents; wife, Helen; and one brother.

To order memorial trees or send flowers to the family in memory of Billy Bales, please visit our flower store.