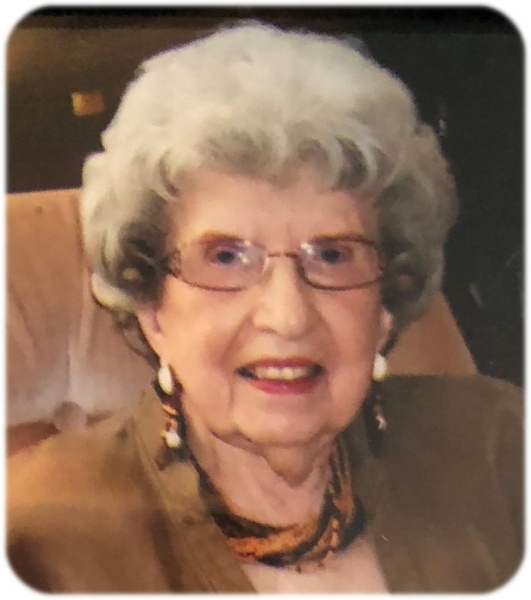 Memorial services for Blanche L. Tarvestad, age 97, formerly of Albert Lea, will be held at 10:30 a.m. on Saturday, May 5, 2018 at Bayview/Freeborn Funeral Home.  Rev. Milt Ost will officiate. Interment will be at Lakewood Cemetery.  Friends may greet the family one hour prior to the service at the funeral home. Online condolences are welcome at www.bayviewfuneral.com.

Blanche Levina Tarvestad was born May 9, 1920 in Jasper City, IA, the daughter of Arthur Louis and Minnie Katherina (Reifschneider) Sash.  She grew up in Brownsdale, MN.  Blanche graduated from Austin High School and Mankato Beauty School.  On September 2, 1939, she married Morris “Tib” Tarvestad at the First Lutheran Parsonage in Albert Lea.  She lived most of her life in Albert Lea until moving to Arizona in 1973.  Blanche was an artist in all mediums.  She enjoyed sewing, shopping at thrift stores, dancing, and playing bridge on her laptop.

To order memorial trees or send flowers to the family in memory of Blanche Levina Tarvestad, please visit our flower store.