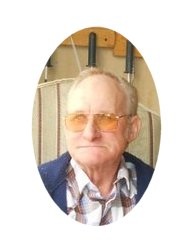 Memorial services for Carlton “Roger” Hanson, age 81, of Albert Lea, will be held at 2:00 p.m. on Friday, September 22, 2017 at Bayview/Freeborn Funeral Home.  A private family burial will take place at a later date.  Friends may greet the family one hour prior to the service at the funeral home. Online condolences are welcome at www.bayviewfuneral.com.

Carlton “Roger” Hanson was born March 9, 1936 in Havana, North Dakota, the son of Halvor and Inga (Jones) Hanson.  He grew up and attended school in Havana.  On November 9, 1963, Roger married Celia Kaye Engel in Kidder, South Dakota. He worked for many years at Thermo King. Roger enjoyed spending time with family, working in his yard, playing cards with his wife, and watching the Vikings.

To order memorial trees or send flowers to the family in memory of Carlton Roger Hanson, please visit our flower store.