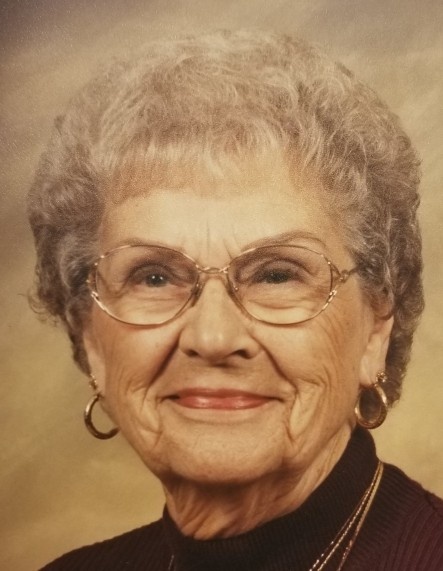 Caroline Theobald, 100, of Waseca, formerly of Albert Lea and Alden, passed away peacefully on June 18, 2020 at Lakeshore Inn Nursing Home in Waseca.  A Memorial Service will be held at 11AM on Monday, July 20, 2020 at Bayview/Freeborn Funeral Home of Albert Lea, MN with Pastor Kristi Mitchell presiding, with visitation one hour prior to the service.  Inurnment will follow the service and fellowship at Alden Cemetery, Alden, MN.

Caroline was born on December 14, 1919 to Fred and Caroline Pestorious at Albert Lea Hospital.  She attended and graduated from Alden high school.  On October 6, 1942, Caroline married Robert Theobald at Redeemer Lutheran Church in Alden, MN.  After the war, Caroline and Robert owned and operated Theobald Store Grocery Store in Alden, until 1966 with the passing of Robert.  In 1967, Caroline began working as a store clerk for J.C. Penney in Albert Lea.  After 25 years of working at J.C. Penney, Caroline retired in 1989.

In lieu of flowers, memorials are preferred to Redeemer Lutheran Church of Alden, MN.

To order memorial trees or send flowers to the family in memory of Caroline Alvina Theobald, please visit our flower store.