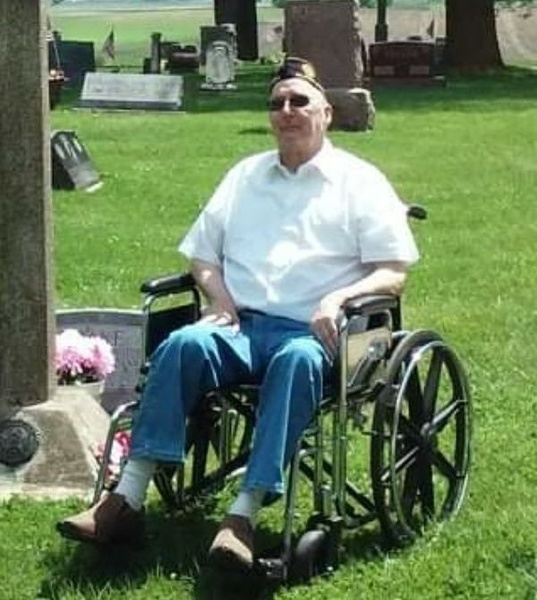 Charles William Nelson, 79, of Alden, MN, passed away at home surrounded by his family on Friday, February 25, 2022.  A Celebration of Life will be held at 3PM on Monday, March 7, 2022 at Bayview/Freeborn Funeral Home with Rev. Kari Baseman presiding.  Visitation will start at 1PM.  Burial will take place at Alden Cemetery at a later date.

Charles is the child of Leslie and Helen (Sweet) Nelson.  Charles grew up and attended local schools in the Alden area.  He served for four years in the United States Navy.  After leaving the service he started at Miami Margarine as a Oil Handler.  He worked there for 40 years before retiring.

Charles was united in marriage to Rebecca Clark on June 23, 1962 in Kansas City, MO.  The couple settled in Alden to raise their family.

Charles was an avid fisherman.  He took trips around Minnesota, Wisconsin and South Dakota fishing many lakes.  He always had coffee with his friends every morning. He enjoyed walking around Morin Lake in Alden and shooting pool.  He also volunteered and served meals at the Legion in Alden.

To order memorial trees or send flowers to the family in memory of Charles William Nelson, please visit our flower store.