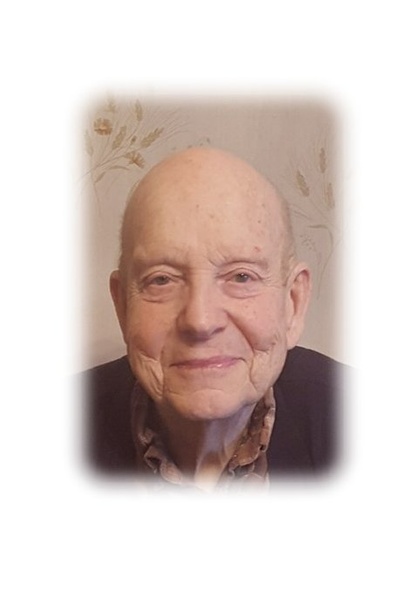 Funeral services for Clayton Lyle Trandem, age 88, of Albert Lea, will be held at 2:00 p.m. on Wednesday, August 23, 2017 at Bayview/Freeborn Funeral Home.  Rev. Don Malinsky will officiate. Interment will be at Hillcrest Cemetery.  Military Honors will be accorded by local servicemen’s organizations. Visitation will be from 5:00-7:00 p.m. Tuesday, August 22 at Bayview/Freeborn Funeral Home and one hour prior to the service at the funeral home on Wednesday.

Clayton Lyle Trandem was born April 6, 1929 in New Richland, Minnesota, the son of Christian and Agnes (Carlson) Trandem. He grew up in New Richland.  Clayton served in the U.S. Army.  On August 20, 1960, Clayton married Hazel Hayes in Austin, Minnesota.  He worked for many years at Wilson’s/Farmstead.  Clayton was a member of the United Methodist Church.  He liked to garden, fish, and spend time with his grandchildren and great-grandchildren.  He was very proud of his Norwegian heritage.

Clayton was preceded in death by his parents and siblings.

To order memorial trees or send flowers to the family in memory of Clayton Trandem, please visit our flower store.