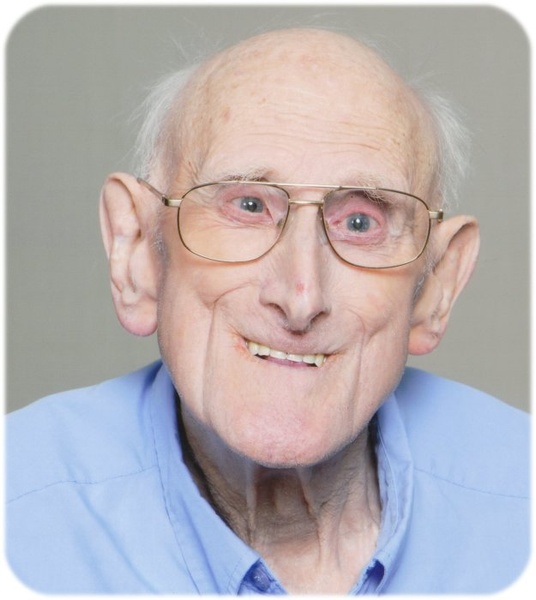 Memorial services for Clifford S. Peterson, age 89, of Albert Lea, will be held at 10:30 a.m. on Thursday, October 26, 2017 at Trinity Lutheran Church.  Pastor Eileen Woyen will officiate, assisted by Pastor Kent Otterman and Pastor Marcia Hall.  Military Honors will be accorded by local servicemen’s organizations.  Interment will be at a later date.  Visitation will be one hour prior to the service at the church.

Cliff died Wednesday, October 11, 2017 at Good Samaritan Society in Albert Lea, where he had been a resident for many years.

Clifford Sherwood Peterson was born May 15, 1928 in Albert Lea, the only child of Soren and Liddy (Hanson) Peterson. He attended school in Albert Lea and then joined the U.S. Army serving in Korea from 1950 to 1952 as a medic.  He was proud of and often talked about his time in the service. A shy man, but well known around town, Cliff held a variety of jobs and was known to be a very responsible worker.  Over the years he worked for Reuben Lindahl’s Mobil Service Station, the bus depot, the Albert Lea Ambulance Service with Jess Jackson, and as an usher and projector operator at the Broadway Theater, a job he talked about often.  As long as he was able, Cliff delivered newspapers and mail to residents at Good Samaritan, and he faithfully attended worship services both there and at Trinity Lutheran.  As his health deteriorated, he was appreciated of the good care he received at Good Samaritan.  There are no known family survivors, but many close local friends.

In lieu of flowers, memorials are suggested to Trinity Lutheran or Good Samaritan Society.  Blessed be his memory.

To order memorial trees or send flowers to the family in memory of Clifford S. Peterson, please visit our flower store.