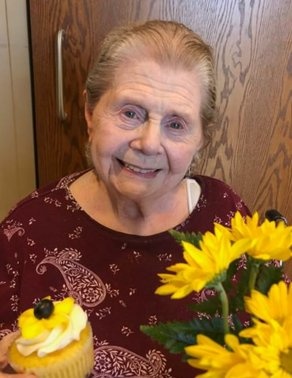 Colleen Carole Larson was born on October 7, 1927 to Hjalmer and Ruth Johnson in Wyndmere, North Dakota. She graduated from Wyndmere High School in 1945. Colleen married James Breuer in Albert Lea, Minnesota and they had three sons, Mike, Tim, and Jon. She later married Harold Larson and had a fourth son, Jody.

Colleen worked at Montgomery Wards for many years. She was active in the Hospital Auxiliary and the Sons of Norway. Colleen was a very artistic person. She created crafts of all kinds and sketched detailed pencil drawings. Colleen was very interested in genealogy, learning everything she could about her family’s past. In 1995, she was able to travel to Norway to visit the places she had learned about.

Graveside services will be held at a later date in Wyndmere, North Dakota for her family.

To order memorial trees or send flowers to the family in memory of Colleen Larson, please visit our flower store.