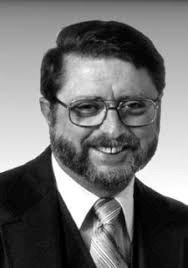 Funeral Service for Conrad Glenn Katzenmeyer will be held on Tuesday, March 17 at 11:00 am at Hayward Lutheran Church. Rev. Josh Enderson will officiate. Burial will be in the Hayward Cemetery. Visitation will be 1 hour prior to the service at the church. Online condolences are welcome at www.bayviewfuneral.com.

Conrad G. Katzenmeyer, PhD, was born in Elmore, MN on November 2, 1937 to parents Conrad J. and Dorothy B. Katzenmeyer.  He grew up in Hayward, MN, and attended Albert Lea High School, graduating with the class of 1955.  He was a very good student and, by his account, a "reasonably good" athlete, playing baseball and hockey.  Throughout his life he stayed in touch with Hayward neighbor and childhood best friend Russ Hanson (Hastings, MN,), and several others.  At the University of Minnesota, he graduated with a degree in psychology in 1959.  While in school, he served as president of his fraternity, Alpha Delta Phi, played in a coffeehouse folk music group, played intramural hockey and began many lifelong friendships.  He met Muriel Loretta Dieteman on a blind date while at the University and married her in September 1961.  Following his graduation, he attended Stanford Law School, but left after a year to begin his doctorate at the University of Minnesota.  While he was in graduate school, Conrad and Muriel had two children before he was conferred with a Doctorate of Philosophy in Psychology.  Their third child was born a few months after he began working as a consultant for the U.S. Navy in San Diego, CA.  Conrad's career would take his family to many universities over the next 18 years, where he always made new friends, including Kent State University, University of Oklahoma, University of Wisconsin, and Western Michigan University.  At Kent State, he was one of only a few professors who continued to teach classes following the May 4, 1970, shootings of four students by members of the Ohio National Guard during a protest just a few blocks from his house.  He explained his first duty was to his students who needed to complete their requirements for graduation and could not wait for a new school year to begin.  Conrad's academic focus changed and he became an early leader in the area of educational evaluation.  He headed the Evaluation Center at the University of Wisconsin and later served as president of the Evaluation Network, a prestigious national organization.  Conrad served the Department of Education and National Science Foundation for more than 20 years before retiring from the federal government in 2004.  He was recruited by the University of Central Florida (UCF) in Orlando, FL, for a four-year position as an administrator in the College of Education.  He retired again in 2009, but taught graduate students and remained active in the university community for several more years.  After the death of Muriel in 2014, he lived at home and then at The Bridge, a retirement center near UCF. Throughout his life, Conrad made friends easily and touched many people by his curiosity, kind nature and keen intellect.  He especially enjoyed theater and music of all kinds, attending performances at Miller Auditorium in Kalamazoo, MI, Wolf Trap and the Kennedy Center in Washington, DC, numerous Broadway productions in New York, and Mad Cow Theatre Company in Orlando, FL.  Like Muriel he doted on several well-spoiled dogs over a period of 30+ years:  Sara, Cassie, Jenna, Bailey and Chai.  Conrad is survived by his children:  Charles L. Katzenmeyer, of Chicago, IL; Joseph G. Katzenmeyer of Orlando, FL and Thomas A. Katzenmeyer (Michael Borowski) of New York, NY; cousins Irene Manke (Rex Adams), Frederic Manke (Jane) of Le Sueur, MN, Mark Katzenmeyer (Shirley) of Le Sueur, MN, Marlene Hoehn (nee: Katzenmeyer) of Savage, MN, and Lois Lindala (nee: Katzenmeyer) of Wyoming, MN, Vanessa Dieteman (Mike) Rejsa; nephew Scott Scheifele (Jennifer) of Boulder, CO; niece Dru Scheifele Gartside (Fred) of LaCanada, CA; and nephew Blake Scheifele of Pacific Palisades, CA, along with nine great nieces and nephews and one great-great nephew.  He is preceded in death by his wife Muriel Loretta Katzenmeyer (nee Dieteman); parents Conrad J. and Dorothy B. Katzenmeyer; siblings Bruce Katzenmeyer and Alyce (Katzenmeyer) Scheifele; brother-in-law Harry Scheifele; father-in-law Lee Dieteman, mother-in-law Charlotte Dieteman (Buggy) and sister-in-law Deanne Dieteman.   In lieu of flowers, the family has requested contributions to Mad Cow Theatre Company (P.O. Box 3109, Orlando, FL 32802).

To order memorial trees or send flowers to the family in memory of Conrad Glenn Katzenmeyer, please visit our flower store.