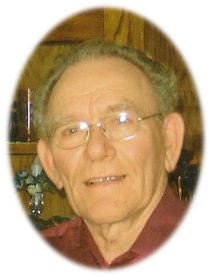 Funeral services for Curtis L. Miller, age 75 of Alden, will be held at 2:00 p.m. on Saturday, April 16, 2016 at Cross of Glory Church.  Rev. Charles Espe will officiate. Interment will be at West Freeborn Cemetery.  Visitation will be 4:00 â€“ 7:00 p.m. on Friday, April 15 at Bayview/Freeborn Funeral Home and one hour prior to the service at the church on Saturday. Online condolences are welcome at www.bayviewfuneral.com.

Curtis LeRoy Miller was born April 24, 1940 in Alden, the son of Serinus and Margaret (Hansen) Miller.  Curtis was raised on the family farm south of Freeborn.  He graduated from Freeborn High School in 1958.  Curtis married Shirley Thompson on October 8, 1960 at Salem Lutheran Church in Albert Lea.  He worked at Queens, Streaters, and Land O Lakes and helped at the family cafÃ© in Freeborn.  Curtis enjoyed woodworking, metalworking, fishing, and going to auction sales.  He always had the grandkids and great-grandkids doing something and enjoyed all their sporting events.  He was an active member of West Freeborn Lutheran Church.

Curtis was preceded in death by his father, mother, father and mother-in-law, brother, Leverne Miller, and sister-in-law, Judy Thompson.

In lieu of flowers, memorials are preferred to West Freeborn Lutheran Church.

To order memorial trees or send flowers to the family in memory of Curtis LeRoy Miller, please visit our flower store.