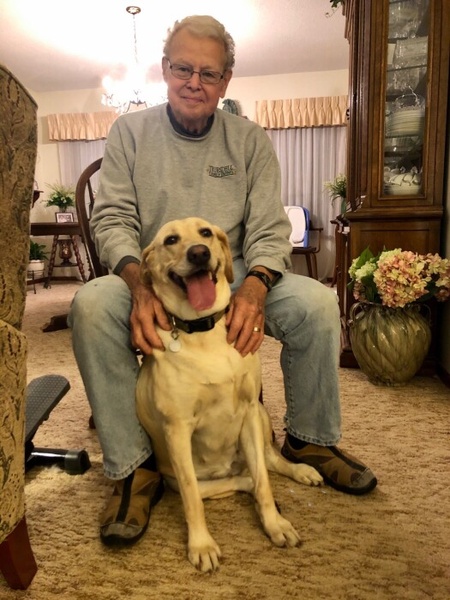 Daniel Leo Wagner, loving husband, father, grandfather, great-grandfather, passed away at home at the age of 77 on Saturday August 14th. A funeral service will be held on Thursday, August 19th, 2021 at the First Lutheran Church in Ellendale at 11 a.m. Visitation will be held at the church one hour before service. Flowers may be sent to 503 Radel Ct. Ellendale, MN 56026.

Dan was born on May 1, 1944, in Albert Lea, MN to Wilbert and Ruby (Hatle) Wagner. He graduated from Ellendale high school in 1963. Dan had many skills including small engine repair, wood working, home construction, and gardening. Some of his passions included hunting, fishing, farming, tinkering in his shop, attending his grandchildren’s sporting events, going to auctions and garage sales with his wife, and spending time with his family. In his younger days, Dan was famous for his perfect hair and athletic ability. All throughout Dan’s life, he was well-known for his problem-solving skills, and practical common-sense approach to any challenge. Dan had the heart of a servant. He was a quiet man with a humble heart. He easily won the admiration of those around him. His motto was “Anything worth doing is worth doing right”. Dan was a hero to his sons and daughters and grandkids.

Dan married his high school sweetheart, Linda Waage on April 11, 1964 at First Lutheran Church in Ellendale. They were married 57 years and were blessed with six children, 14 grandchildren, 5 great grandchildren.

To order memorial trees or send flowers to the family in memory of Daniel Leo Wagner, please visit our flower store.