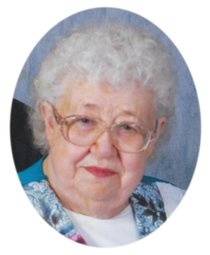 Funeral services for Darlene E. Pedersen, age 81, of Albert Lea, will be held at 10:30 a.m. on Friday, August 19, 2016 at Bayview/Freeborn Funeral Home in Albert Lea.  Rev. Kent Otterman will officiate. Interment will be at Hillcrest Cemetery at a later date.  Visitation will be one hour prior to the service at the funeral home.

Darlene Eldora Pedersen was born July 19, 1935 in Northwood, IA, the daughter of Palmer and Thea (Lien) Siebrecht.  She grew up and attended school in Northwood.  After school, she worked at various businesses.  On August 25, 1957, Dar married Earl Pedersen in Northwood. They made their home in Albert Lea where she worked at Woolworthâ€™s. While her children were young, she stayed home to care for them. For many years she volunteered for ARC. She later worked at Kwik Trip for 17 years.  Dar enjoyed crafting and spending time with family.  She loved animals and enjoyed raising turtles and tortoises. Dar will be dearly missed by all.

Dar was preceded in death by her parents; in-laws, Leroy and Evadana Pedersen; and grandson, Caleb Massey.

To order memorial trees or send flowers to the family in memory of Darlene Pedersen, please visit our flower store.