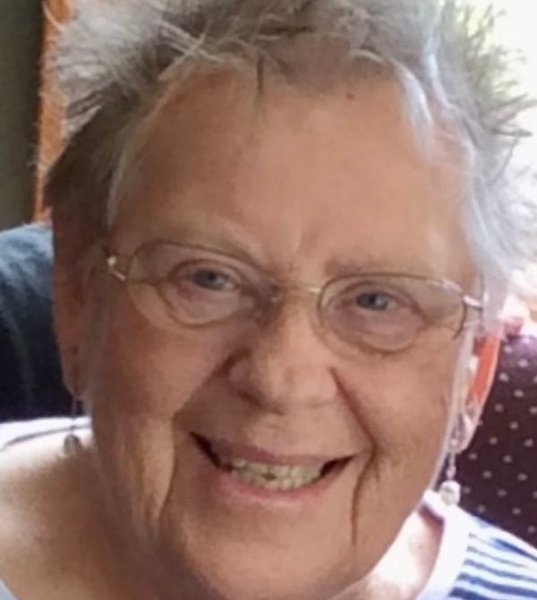 Darlene Lorraine (Jensen) Reed age 86 passed away Saturday September 10th, at St. Mary’s Campus in Rochester, MN.  A funeral service will be held at Bridge Community Church in Albert Lea, MN on Saturday, September 17th at 10am, with a visitation the on Friday, September 16th  from 4-6pm at Bayview/Freeborn Funeral Home as well as an hour prior to the service.  Pastor Mark Miller will be officiating.

Darlene was born at Naeve Hospital in Albert Lea, Minnesota on November 9, 1935. Her parents were Norman and Regina (Holtz) Jensen.  Darlene married Jan T. Reed on November 11, 1956 at the First Presbyterian Church.  Together, they had five children: Vicki, Annette, Renae, Kevin, and Kyle.

She worked at numerous places and vocations.  She stared working at Ben Franklin, becoming a department head.  Afterwards, she took a job at J.C. Penny’s for 8 ½ years.  She then became the owner and operator of Star Furniture in 1975 in Albert Lea, MN, running it for 6 years. After a stint at Kwik Trip, she took a Home Health Course and worked for Freeborn County Home Health for 15 years, finally retiring in 1998. Besides working, she was also an active member of the Bridge Community Church, serving as a Awana Club leader for 25 years, working the church Fair Booth for 5 years, and was also a part of the Social and Communion Committee.  In 1967, Darlene became a Girl Scout Leader as well.   She was deeply committed to politics and became a Voter Registration Official.  In her spare time, she enjoyed many activities, such as boating, crafts, making jewelry, playing cards and Bunco, listening to blue grass music, going to Florida and the beach, and photography.  Her main pastime was golfing, frequently calling it “Her home away from home”.

Darlene is preceded in death by her husband Jan, her parents Norman and Regina (Holtz) Jensen, her brothers in infancy Robert and Richard, and her sister June Hanson.

Memorials: In lieu of flowers, please make donations to the Youth for Christ, Salvation Army, Camp Lebanon, or the Awana Club.

To order memorial trees or send flowers to the family in memory of Darlene Lorraine (Jensen) Reed, please visit our flower store.