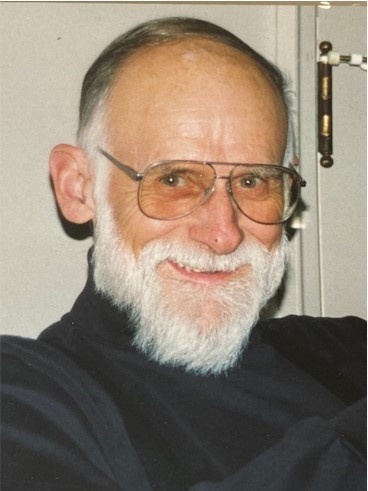 Darrel Louis Johndro, 82, died peacefully on Tuesday afternoon, May 12 at Thorne Crest Retirement Home in Albert Lea, MN, where he resided with his wife of 61 years Patricia Johndro (Schulte).  His wife, children and grandchildren surrounded him night and day with love and care as his journey of life drew to a close.
Darrel was born on November 13, 1937 in Limestone, Maine.  He served in the United States Airforce from 1958 to 1966- a period of time he so loved and felt great pride in.
He met his wife Patricia Schulte while on military leave during a brief visit to his sister Ernestine Green in Albert Lea.  They fell in love, and after only five dates, they became engaged and were then married in Massachusetts on May 25, 1959.  They would have celebrated 61 years of marriage later this month.
They welcomed their first child Kim on their first wedding anniversary, followed by three additional children; Michael in 1961, Jodi in 1964 and Tammy in 1966.
While in the Air Force, they were stationed in Massachusetts and California together.  Darrel also served for one year in Alaska.  While apart for this difficult, full year without seeing each other, they persevered by looking up to the moon at an agreed upon time each and every night.  Each time they were separated by travel after that time, they continued this sweet tradition.
Darrel worked most of his career at Wilson Foods in Albert Lea.  He loved tinkering in the garage and gardening- tending a large vegetable garden for decades.  He also greatly enjoyed biking, walking around the Blazing Star bike trail, classic cars and attending to yardwork.  Darrel had a particular love and fascination with aviation, and greatly enjoyed air travel.
Darrel and Pat have been life-long members of St. Theodore Catholic Church, and he served as an usher and eucharistic minister over the years.  He was also a proud member of the local American Legion and Elks Lodge.  He was passionately patriotic and loved American Eagles, the flag, patriotic music and parades of all kinds.
Most of all, he was passionately committed to his wife, children, grandchildren and now great-grandchildren.  He loved being “Papa” so very much!
Darrel is survived by his wife Patricia, his 4 children Kim (Ron) Harmon who reside in Colorado, Michael (Kara) Johndro of Alaska, Jodi (Mark) Blong of Albert Lea and Tammy (Grant) Stenzel of Chicago; grandchildren Alexandra (Joe) Harmon Wurst, Grant (Lizzy) Harmon, Blake Harmon, Celine Harmon, Seina (Frank) Bell, Michela Johndro, Maxwell Aronsohn and Michael Blong and his foster grandchild Sarah Kamara.  Great-grandchildren include Everett and Scarlett Wurst and Zoey Bell.
Darrel was preceded in death by his parents Herman and Eva Johndro, his seven siblings and multiple other immediate family members.
Due to the Covid-19 pandemic, memorial services will be held at a future date to be determined.  Memorial contributions can be made to The Gift of Life Transplant House in Rochester, MN.

To order memorial trees or send flowers to the family in memory of Darrel L Johndro, please visit our flower store.

No services to be held