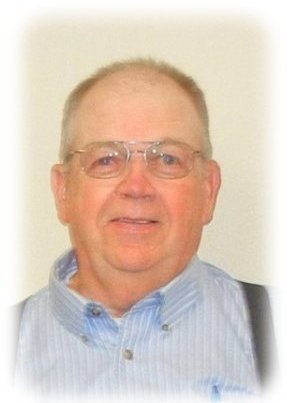 Funeral services for David G. Adix, age 74, of Alden, will be held at 11:00 a.m. on Thursday, February 15, 2018 at Mansfield Lutheran Church.  Rev. Don Rose will officiate.  Military Honors will be accorded by the Alden servicemen’s organizations. Interment will be at Mansfield Lutheran Cemetery.  Visitation will be from 5:00-7:00 p.m. Wednesday, February 14 at Bayview/Freeborn Funeral Home and one hour prior to the service at the church on Thursday. Online condolences are welcome at www.bayviewfuneral.com.

David George Adix was born May 17, 1943 in Kiester, Minnesota, the son of Max and Maurine (Brekke) Adix.  He grew up in Mansfield and graduated from Kiester High School in 1961. David served in the U.S. Army, stationed in Germany.  On September 2, 1967 he was united in marriage to Loretta “Laurie” Mae Schaper at North Blue Earth Church of rural Bricelyn, Minnesota.  David was a farmer taking great pride caring for the land and livestock.  He worked at the State Park and then 15 years at the Albert Lea Seed House in maintenance and shipping. David was a member of Mansfield Lutheran Church, the Mansfield Lutheran Church Cemetery Association, the Alden American Legion, and the Cattlemen’s Association.  He enjoyed welding, woodworking, conservation, cap collecting, pen collecting, visiting with friends, and telling jokes. He volunteered with 4-H. David could often be seen riding in the ranger checking on the church cemetery and looking for deer around the section.

To order memorial trees or send flowers to the family in memory of David George Adix, please visit our flower store.