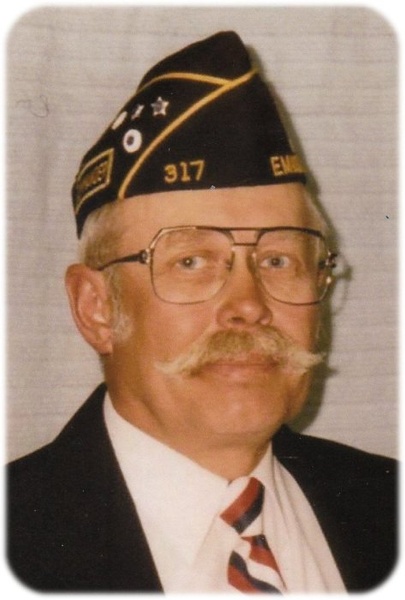 Funeral services for David A. Kvam, age 75, of Emmons, will be held at 11:00 a.m. on Saturday, April 15, 2017 at Emmons Lutheran Church.  Rev. Christopher Martin will officiate. Interment will be at Oak Lawn Cemetery.  Military Honors will be accorded by local servicemen’s organizations including Post 317 Emmons Legion Honor Guard. Visitation will be 4:00 – 6:00 p.m. on Friday, April 14 at Bayview/Freeborn Funeral Home and one hour prior to the service at the church on Saturday. Online condolences are welcome at www.bayviewfuneral.com.

David A. Kvam was born April 1, 1942, to Olaf and Wilma (Reyerson) Kvam.  He grew up on a farm in Worth County, IA.  He went through the 8th grade at Hartland No. 1 County School and through high school in Northwood, IA.  Dave was a member of the Army National Guard and served at Fort Ord, California, and at Fort Greeley, Alaska, for winter warfare training.  Dave was a carpenter for 55 years. For 40 years he ran his own crew.  He built 106 homes and designed about 75 percent of them on a drawing board as most of this was done before the computer age.  Dave was a member of Emmons Lutheran Church, and he served as a Trustee for six years and as a Deacon for three years.  Dave was a member of the Emmons American Legion.  He served as post commander for two years and also served as vice commander of the First District for two years.  Dave retired from a Sergeant at Arms position after 19 years.  This involved leading Honor Guard duties at funerals and presenting the flag to the next of kin at about 65 funerals. Dave was also a Legion officer in charge of our Sons of the American Legion Squadron of Emmons for over 14 years.  They were a great group to work with and he really enjoyed it.

Dave’s hobbies were hunting, and after he retired he started painting oil on canvas.  He completed 96 paintings.  He really enjoyed giving lessons to all 12 of his grandchildren and to his son and daughters.  Each year a grandchild had one day to paint, and they could pick what they wanted to paint. Dave would put two canvases on the easel and mix paint and take a brush and paint a little on his canvas, then the grandchild would do the same on their canvas.  Dave was very proud of how well his grandchildren did.  Some of the grandchildren had done this for as many as eight years.  Dave’s favorite pastime was spending time at the “cabin”!

To order memorial trees or send flowers to the family in memory of David Allan Kvam, please visit our flower store.