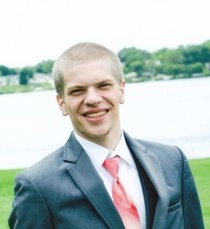 David Wesley Neely was born September 15, 1992 in Albert Lea, the son of David Thomas Neely and Nicole Johannsen.  He grew up in the Albert Lea area, attending school in Albert Lea and Alden.  David enjoyed basketball, skateboarding, and being with friends and family.  David always had a passion for music and was very talented in his own right in writing and performing music.  He also loved spending time with his dogs.

David was always there for anyone that needed him no matter if he was not able to take care of himself, he would take care of others first.  Davidâ€™s heart was large and caring. He loved all living things, people, animals, anything of life.  He had a laugh and smile that lit up any room. Fly high, Davers, you donâ€™t need to run anymore. Youâ€™re free!!!

To order memorial trees or send flowers to the family in memory of David W Neely , please visit our flower store.