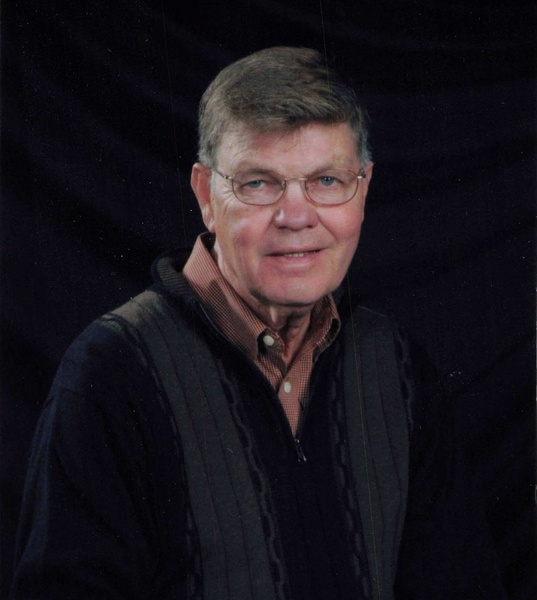 David was born at Naeve Hospital in Albert Lea, Minnesota on June 7th, 1934. His parents were Herbert and Ida (Hoverson) Thompson and he was the eleventh child of twelve children. He was baptized and confirmed at the East Freeborn Lutheran Church. He attended Bell Country school and Albert Lea senior high school.  David was then united in marriage to his high school sweetheart Marlene (Jerdee) Thompson on February 15th, 1953 at the East Freeborn Lutheran Church. Dave and Marlene were blessed with four children:  Diane, Doug, Chuck and Cheri.

David enjoyed farming for 35 years and then owned and operated Hayward Machinery and later Thompson Sales in Hayward.  He sold a variety of farm machinery through out the area for many years.  In David’s younger years he loved playing baseball, volleyball, basketball and Golden Gloves boxing.  He also served as past President of the church dartball league, President of the Hayward Booster Club and helped start little league baseball in Hayward. David loved his church in Hayward and served on the council and helped usher for over 50 years. Both David and Marlene especially loved spending time with all the grandchildren, taking them camping, biking and fishing. Attending the Grandchildren’s school sports and music activities were always a high priority over the years for both Dave and Marlene.

A special thank you to the Staff of the St. Croix Hospice and the Meadows Assisted Living at St. John’s Lutheran Community. The family appreciates the exceptional and loving care they gave to David and his family.

To order memorial trees or send flowers to the family in memory of David Eugene Thompson, please visit our flower store.