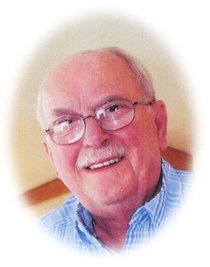 Funeral services for Dennis A. Hamson, age 74, of Albert Lea, will be held at 1:30 p.m. on Thursday, June 16, 2016 at Bayview/Freeborn Funeral Home.  Pastor Kent Otterson will officiate. Military Honors will be accorded by the V.F.W. and American Legion Honor Guard. Interment will be at Bricelyn Cemetery.  Visitation will be one hour prior to the service at Bayview/Freeborn Funeral Home. Online condolences are welcome at www.bayviewfuneral.com.

Dennis Arthur Hamson was born September 8, 1941 in Brush Creek Township in the Bricelyn and Mansfield area, the son of Bertus and Luella (Eilertson) Hamson.  He grew up near Bricelyn, attending and graduating from Kiester High School.  After graduation, Dennis enlisted in the U.S. Navy and was stationed in Beeville, Texas as an aviation mechanic. After his discharge, he attended the vo-tech for auto mechanics.  Dennis worked at Montgomery Wards before working at Streaterâ€™s in various departments for 36 years. Dennis enjoyed remodeling houses, being in his garage building things, and card games, particularly Kingâ€™s Corners.  He liked going out to coffee at Nancyâ€™s and Hy-Vee to see his friends, going to the State Park, and watching Wheel of Fortune and NCIS.  He was a past member of the Eagles.

To order memorial trees or send flowers to the family in memory of Dennis Arthur Hamson, please visit our flower store.