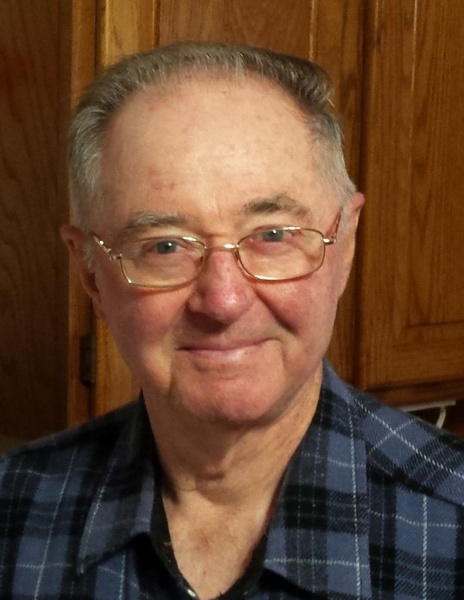 Dennis Anton Rayman, 85, of Glenville, passed away at the Mayo Hospital in Austin on Tuesday, October 20.  Funeral Services will be held at 1:30PM on Monday, October 26 at First Lutheran Church of Glenville, MN.  Visitation will take place one hour prior to the service at the church. Interment will immediately follow the service at Bohemian National Cemetery, rural Myrtle, MN.  Online condolences are welcome at www.bayviewfuneral.com.

Dennis Anton Rayman was born on October 19, 1935 in Albert Lea, the son of George and Frances (Moucha) Rayman. He graduated from Albert Lea High School and attended vocational school in Austin for electronics. He operated his own TV/radio repair service for several years prior to entering the US Army and was stationed in Germany for 28 months in the mid-1950s. Following his military service, he worked for Sears as a television and radio repairman for 19 years. After retiring from Sears, he sold insurance for Western Fraternal Life Association. In 1960, Dennis married Joan Cerny and two children were born from this union. They were later divorced. In 1973, Dennis married Gail (Wallace) Reese and they were to celebrate their 47th Wedding Anniversary this year. Dennis was a dedicated member of the American Legion, Post 264 in Glenville, serving as commander for two years and later as financial officer for many years. He was also an active member of the Bohemian Brick Hall where he served as president for many years. Dennis enjoyed woodworking and made many beautiful clocks with his scroll saw, and even won a Grand Champion award at the Freeborn County Fair for one of his creations. Dennis loved attending the Darmstadt Group Military Reunion in various locations throughout the country over the years. He was also a wonderful handyman and could fix almost anything. He renovated several houses from top to bottom.

Dennis was preceded in death by his parents, his brother Richard Rayman, and step-son Michael Reese.

In lieu of flowers  memorials are preferred to the American Legion Post 264 of Glenville, MN or Friends of Bohemian Brick Hall, Myrtle MN.

To order memorial trees or send flowers to the family in memory of Dennis Anton Rayman, please visit our flower store.