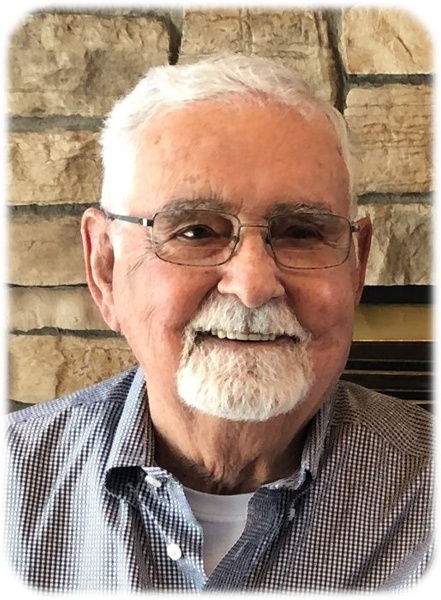 Funeral services for Donald “Dutch” Bolinger, age 88, of Alexandria, Minnesota, will be held at 10:00 a.m. on Saturday, July 20, 2019 at Bayview/Freeborn Funeral Home in Albert Lea, Minnesota.  Pastor Mark Boorsma will officiate. Military honors will be accorded by local veterans’ organizations.  Interment will be at Graceland Cemetery.  Visitation will be from 4:00-8:00 p.m., Friday, July 19 at Bayview/Freeborn Funeral Home and one hour prior to the service at the funeral home on Saturday. Online condolences are welcome at www.bayviewfuneral.com.

Dutch died at home peacefully surrounded by family on July 9, 2019.

Dutch was born on May 12, 1931 in Albert Lea, the son of John and Bonnie Bolinger.  Dutch joined the U.S. Army at age 17 and served from 1949 to 1951 as a member of A Battery in the 78th AAA Battalion. He was awarded a Korean Service Medal with five stars. On January 31, 1953, Dutch was united in marriage to Jeanine Janet Warner. Jeanine died in 1985.   He worked for Wilson’s/Farmstead for 38 years.  Dutch married Juanita (Dokken) Engelby on July 22, 1986.  The couple moved to Alexandria in 1990. Dutch enjoyed fishing but he was a people magnet. He loved his coffee breaks and his Friday nights with family and friends. He was the life of the party at family celebrations and cherished spending time with his grandchildren. Dutch lived a blessed life and was greatly loved by all. As Dutch’s son said, “his pain is over now, but ours has just begun.”

Many thanks to the medical staff in Alexandria, especially Dutch’s oncologist Dr. Raflores, and the exceptional Knute hospice staff who took such great care of him.

To order memorial trees or send flowers to the family in memory of Donald "Dutch" Bolinger, please visit our flower store.