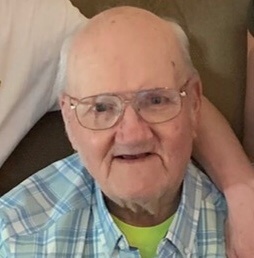 Funeral Services for Donald C. Horning will be held at 11:00 a.m. Tuesday, February 2, 2021 at Bayview/Freeborn Funeral Home.  Pastor Kent Otterman will officiate.  Interment will be at Hillcrest Cemetery.  Visitation will be held one hour prior to the service at Bayview on Tuesday.

Donald passed away peacefully surrounded by family at his home on Monday, January 25, 2021 in Albert Lea, MN.

Donald Clarence Horning was born on June 12, 1934 in Freeborn County, MN the son of Clarence and Ruth (Hayson) Horning.  He lived in Freeborn County all his life. Donald married Mavis Wikoren on September 18, 1954 in Glenville, MN. To this union five children were born; Debra, Richard, Diane, Patricia, and Mark.

Donald was a farmer and employed as truck driver with Streaters for many years. He retired in 1997. He was a member of Round Prairie Lutheran Church since 1934. He was a long-standing member of the Clover Leaf Lions and an administrator and member of the Moose Lodge 1703.

Some of Donald’s fondest memories he often spoke of were playing the accordion while his dad played the harmonica and guitar, growing up on the farm with his pony Trixie and planting his 4 O'clock flowers. In his farming years, while on his tractor in the fields he often stopped to watch the deer in woods.

Donald was very proud of owning his own business, 3 semi tractors and a car wash.  He enjoyed Molly B, old westerns, and bird watching. Donald loved to cook, especially canning his harvests from his very large garden each year.

Donald will be sadly missed by all who knew and loved him.  Blessed be his memory.

To order memorial trees or send flowers to the family in memory of Donald C Horning, please visit our flower store.