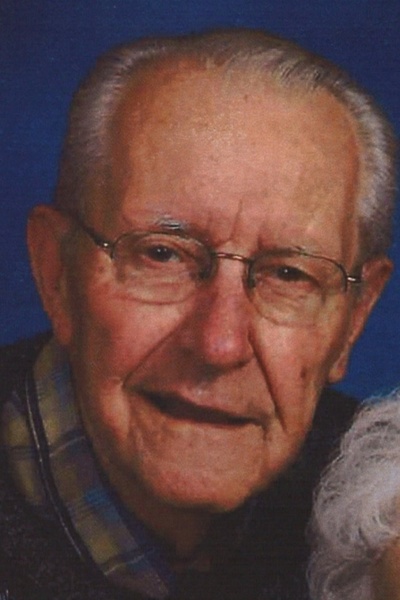 Funeral Service for Donald Harris, age 91 of Albert Lea, will be on Thursday (12/5) at 11AM at Bayview Freeborn Funeral Home (1415 N Hwy 13, Albert Lea, MN). Pastor John Mitchem will officiate. Burial will be at Graceland Cemetery. Visitation will be one hour prior to the service at the funeral home. Online condolences are welcome at www.bayviewfuneral.com.

Don passed away on November 30, 2019 at Senior Prairie Cottages in Albert Lea, MN.

Donald Kenneth Harris was born on October 12, 1928 to George and Edda (Kasten) Harris in Dundas, MN.

He was baptized and confirmed at Holy Cross Episcopal Church in Dundas. He attended elementary school in Dundas and high school in Northfield, graduating in 1947. He attended Dunwoody lnstitute training in carpentry. He was employed at Wilson & Co/Farmstead in the machine shop for 41 years.

He was united in marriage to Veda Hanson on April 28, 1956 at the Alden Methodist Church. They purchased their home on Lincoln Avenue in Albert Lea where they raised three children: Robert, Alan and Paula. They lived there for 61 years then moved to Thorne Crest. Don spent the last two years at Senior Prairie Cottages.

On December 7, 1950 he was drafted into the Army at age 22. He received his basic training at Fort Riley, Kansas. He served in Korea as a forward observer in an lntelligence and Reconnaissance platoon, which was attached to 35th Regimental Headquarters of the 25th lnfantry Division.

The platoon would camp with the Turkish and French Forces, which were a part of the United Nations Forces, before going on patrol. Don was honorably discharged as a staff sergeant.

Don grew up on the banks of the Cannon River where he became an avid outdoorsman. He always looked forward to the Fall hunting seasons. He hunted deer for 49 years along with pheasants and ducks. Don was a member of the Boys Scouts in Dundas and encouraged his sons to become members.They each achieved Eagle Scout rank, of which he was very proud.

Don enjoyed gardening and books on World War ll and the Civil War. He also enjoyed sports, especially the Vikings, Twins, and Albert Lea teams. Don always loved a good game of cards and pool. Don and Veda traveled extensively across the country visiting historic sites and national parks. They enjoyed stage plays and made many trips on the Senior Bus to Chanhassen and the Old Log

He was preceded in death by his parents and a brother, LeRoy Harris, brother-in-law Roland Hanson

To order memorial trees or send flowers to the family in memory of Donald "Lefty" Kenneth Harris, please visit our flower store.