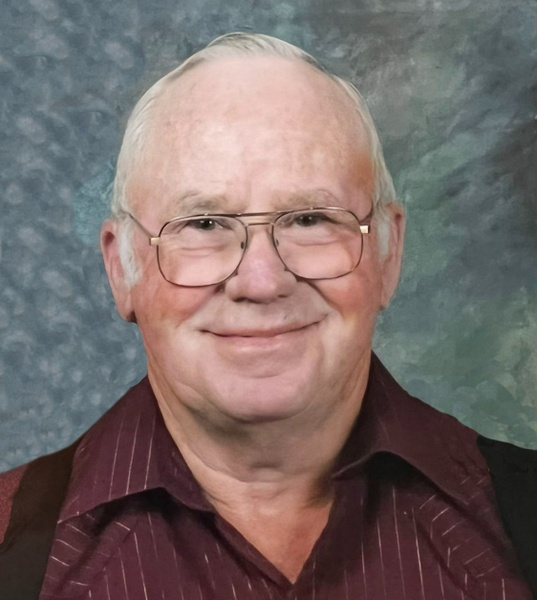 Donald Albert Renchin of Twin Lakes, MN, passed away on May 28, 2022, at Country Meadow Place in Mason City, IA. Funeral services for Donald will be at St. Theodore Catholic Church on Friday June 3, 2022, at 10 am.  Fr. Kurt Farrell will preside and burial will be at St. James Catholic Cemetery.  Visitation will be held on Thursday June 2, 2022, at Bayview/Freeborn Funeral Home from 5 to 7 pm and 1 hour prior to the service at the church on Friday.

Donald was born on July 1, 1936 to Anton and Agnes (Styndl) Renchin in Bixby, MN.  Don was raised on the family acreage with his four siblings. He attended country school near Bixby in his elementary years before transferring to Albert Lea High School.  Don lived with his uncle while helping on his farm and working full time in Albert Lea driving a bakery truck.

Don was united in marriage to Mary Alice Matejcek on June 6, 1959, at Sacred Heart Catholic Church, Owatonna, MN.  Having only been married three months, Don was drafted to the United States Army in September 1959.  He completed his basic training at Ft. Riley and Ft. Leonard Wood and was then stationed in Augsburg, Germany.  Don continued his military service joining the Army Reserve after his discharge.

Don and Mary lived in the Albert Lea area until moving to their farm south of Twin Lakes in September 1967 and remains their home today.  Don worked various jobs and eventually was hired at Wilson Foods where he remained for many years while still farming.

Don enjoyed farming, raising livestock (especially the newborn calves), dancing, card games (with adults and the grandchildren), fishing trips, and spending time with family and friends.  A fond memory of Don’s children was going to visit relatives on a Sunday, all piled into a station wagon with polka music playing on the radio.  Above all Don loved his family.  Don and Mary did everything together.  Where you saw one the other would be close by. His children and grandchildren were his pride and joy.

Blessed be his name.

To order memorial trees or send flowers to the family in memory of Donald Albert Renchin, please visit our flower store.