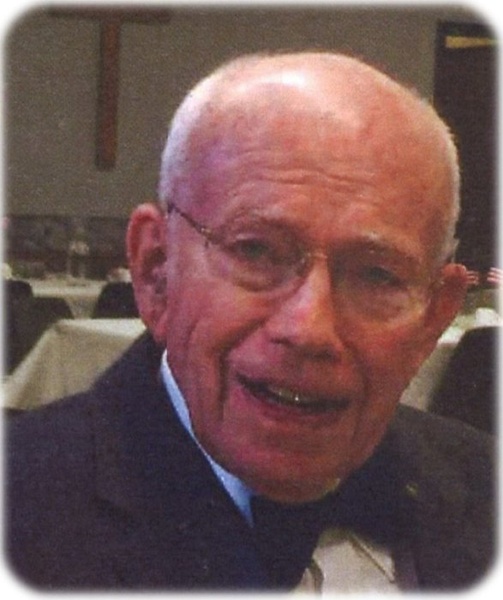 Memorial Service for Donald C. Smith, age 92 of Albert Lea, will be at 11AM on Friday (11/29) at First Lutheran Church, 301 W Clark St. Pastor Jan Crissinger will officiate. Burial will be in Hillcrest cemetery prior to the service. Visitation will be one hour prior to the service at the church on Friday. Online condolences are welcome at www.bayviewfuneral.com.

Don was born on May 14, 1927 at Naeve Hospital in Albert Lea. He was the son of Durin and Josie (Ingvaldson) Smith. He graduated from Albert Lea High School on May 31, 1945. He proudly served in the United States Army from January 11, 1949 to September 8, 1952. He was united in marriage to Arlis Marie Rebelein on March 14, 1954 at Pickeral Lake Concordia Lutheran Church. Together they raised their family in Albert Lea. Don was a Mechanic at Dave Syverson Ford for 36 years.

In his retirement, Don drove for Meals on Wheels, Dave Syverson Ford, and ride service for Senior Resources. He was a member of the American Legion. He also enjoyed gardening and being an active member of First Lutheran Church in Albert Lea. He served on many boards and in many commissions at the church. Most of all, Don enjoyed spending time with family and friends.

He is preceded in death by his parents Durin and Josie; brother Gerald and his wife Ruth; parents-in-law George and Clara Rebelein; and sister-in-law Bonnie Rebelein.

Memorials preferred to Peace and Power at First Lutheran Church.

To order memorial trees or send flowers to the family in memory of Donald C Smith, please visit our flower store.