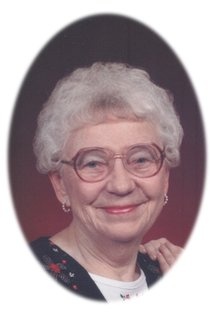 Funeral services for Dorothy Jean Steinke, age 96, of Albert Lea, will be held at 10:30 a.m. on Monday, October 10, 2016 at First Lutheran Church.  Rev. John Holt will officiate. Interment will be at Graceland Cemetery.  Visitation will be 4:00-6:00 p.m. on Sunday, October 9 at Bayview/Freeborn Funeral Home and one hour prior to the service at the church on Monday.

Dorothy Jean Steinke was born on April 26, 1920 to Carl and Viola (Lunde) Bagley on the family farm in Riceland Township, north of Hayward.  Growing up on the farm, Dorothy attended country school and then graduated from Albert Lea High School in 1938. On February 10, 1945, she married Jack Steinke at East Freeborn Lutheran Church. Dorothy worked as a secretary for over 40 years at Jones, Haugh & Smith Engineering.  In 1996, she retired and cared for her grandson Tyler until he was in kindergarten.  Dorothy was a member of First Lutheran Church and served as Sunday School secretary for seven years.  She enjoyed spending time with her family, especially her grandson.

To order memorial trees or send flowers to the family in memory of Dorothy Jean Steinke, please visit our flower store.