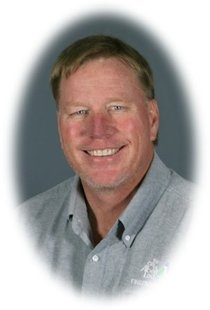 Memorial services for Douglas M. Johnson, age 51, of Alden, will be held at 2:00 PM on Sunday, October 9, 2016 at Redeemer Lutheran Church in Alden.  Rev. Greg Ofsdahl will officiate. Interment will be at a later date.  Visitation will be 4:00-6:00 PM on Saturday, October 8, 2016 at Bayview/Freeborn Funeral Home and one hour prior to the service at the church on Sunday. Online condolences are welcome at www.bayviewfuneral.com.

Doug died Tuesday, October 4, 2016 at his home surround by family.

Douglas M. Johnson was born June 20, 1965 in Minneapolis, the son of Gerald and Patricia (McClees) Johnson.  He grew up in Crystal, Minnesota, attended Forest Elementary, and graduated from Cooper High School. On July 9, 1988, Doug married Evon Jahnke in Alden.  Doug worked as a building official and fire investigator for the City of Albert Lea.  He was a member of Redeemer Lutheran Church and served on the church board.  He was also a member of the Alden-Conger School Board, the Alden Fire Department, Sons of American Legion, and the Association of Minnesota Building Officials. He coached varsity golf for Alden-Conger High School, was inducted into the Minnesota USSSA Hall of Fame for slow pitch softball in 2011, and was named the State of Minnesota Building Official of the Year in 2015.

Doug enjoyed golfing and taking golf trips with friends, cards, fishing, softball, hunting, reading, biking with his wife, going up north with family, and tending to his car wash.  He loved coaching and watching his children, family hockey games, and family olympics.  Doug loved competing in anything. He was a beer connoisseur and enjoyed watching game shows, sports, and movies. He was always willing to lend a helping hand to anyone.

Doug was preceded in death by his parents Gerald and Patricia Johnson.

To order memorial trees or send flowers to the family in memory of Douglas McClees Johnson, please visit our flower store.