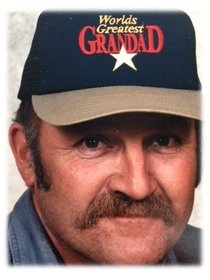 He was born June 5th, 1949 in Cloquet, MN to Leslie and Doris (Hamilton) Nelson.  Doug served honorably in the Army and the Army National Guard.  He worked for Conwed and finished off his working career at L & M, where he did what he enjoyed most- working in the shop doing small engine repair and working in the warehouse up until his retirement.

Doug spent countless hours tinkering in his garage and repairing typically anything with wheels. His favorite projects were lawnmowers and trailers and when not in the garage, he could be found wheeling and dealing on vehicles.

Doug loved to spend his free time with family and friends.  His children and grandchildren were the most important things in his life.  He had a full life that involved travel, camping, riding 4 wheelers and snowmobiles locally, and fishing the many lakes from here to Canada (several trips were to lakes in Canada as well).  Doug was also a regular member of the Lazy Bear coffee club. He never met anyone who didn't become a friend.

Doug is survived by Teri, his loving wife of 46 years, his children: David of Culver, MN, Paul (Christina) of Barnum, MN, and Tammi (Nick) Jacobsen of Emily, MN; grandchildren: Devin and McKenzie; Megan, Jacob, and Brandon; and Shaun, Hailey, and Natalie.  Also survived by his brothers- Leland "Rocky" (Karen) of Arizona, William "Bill" (Judy) of Oregon, Rick of Oregon, Terry (Karen); sisters- Marilyn (Leroy) Fultz of Washington, Sandy Nelson of Oregon, Debbie (Rodney) Lynchard of Oregon, and Joyce (Ken) Olsen of Barnum; along with many cousins, nieces, and nephews.

He was preceded in death by his parents.

To order memorial trees or send flowers to the family in memory of Douglas Dean Nelson , please visit our flower store.