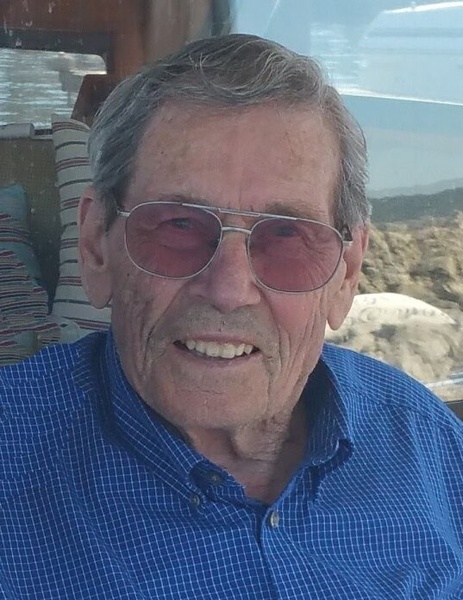 Memorial Service for Earl Parriott will be held on Thursday August 26 at 11am at Bayview Freeborn Funeral Home 1415 N. Hwy 13, Albert Lea, MN 56007. Rev. Pamela Jensen will officiate. Burial will be in St. Peter Cemetery in New Richland. Visitation will be from 5-7pm on Wednesday August 25 at Bayview Freeborn Funeral Home and also 1 hour prior to the service on Thursday. The service will be live-streamed via www.bayviewfuneral.com.

Earl was born on September 16, 1931, in Bricelyn, MN. He was the son of Leo and Clara (Donhough) Parriott. He graduated from New Richland High School in 1949. He was drafted into the U.S. Army in 1952 and served in England until he was discharged in 1954. After returning home, Earl farmed with his father and raised turkeys on the family farm, which was one of the largest turkey farms in Waseca County. He married Kathryn Evenson on January 14,1961 at Grace Lutheran Church in Waseca. Together they moved to the family farm and raised their family, farmed and raised hogs. Earl started working for Waseca County Highway Department in 1963 and worked for 31 years.

Earl and Kathryn enjoyed annual fishing trips to northern Wisconsin, winter trips to Florida, and watching their children and grandchildren’s sporting events. Earl was an avid newspaper reader and was always very inquisitive. He loved a good cup of coffee with “the old neighbors.” He was able to participate in an Honor Flight to Washington D.C. in 2019. He was very proud of hitting the jackpot on a lottery ticket on Kathryn’s 80th birthday. One of the last projects of his life was restoring a historic John Deere tractor. Most of all, Earl enjoyed spending time with family and friends.

Earl was preceded in death by his parents, sister Gloria MacDermott.

To order memorial trees or send flowers to the family in memory of Earl Lloyd Parriott, please visit our flower store.