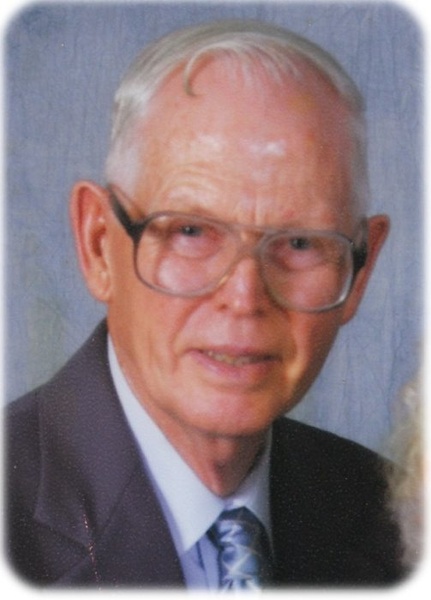 Funeral Service for Earl Pedersen, age 85 of Albert Lea, will be at 11AM on Friday (10/25) at Bayview Freeborn Funeral Home, 1415 N Hwy 13, Albert Lea. Pastor Kent Otterman will officiate. Visitation will be one hour prior to the service at the funeral home. Online condolences are welcome at www.bayviewfuneral.com.

Earl Leroy Pedersen passed away on October 16, 2019 in Mapleton, MN.

Earl was born on August 13, 1934 in Dows, Iowa to Leroy and Evadana (Olson) Pedersen. He grew up in Hampton Iowa and moved to Northwood Iowa. He graduated from Northwood High School. After high school he enlisted in the United States Army. After discharge from the Army he moved back home. Earl married Darlene Siebrecht on August 25, 1957. Together they raised their family in Albert Lea. Earl worked for Albert Lea Electric for 59 ½ years. 40 of those years as full time and the last 19 ½ as part time.

Earl was an avid walker. You could always find him walking down at Brookside School. Most of all Earl loved to spend time with family and friends.

He is preceded in death by his parents and wife Darlene.

To order memorial trees or send flowers to the family in memory of Earl Leroy Pedersen, please visit our flower store.