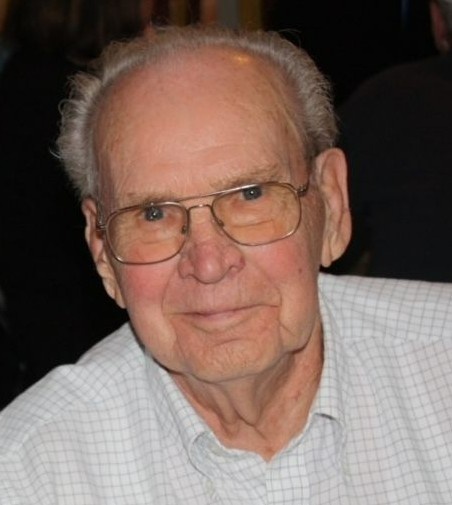 Funeral services for Edward will be held at 2 p.m. on Saturday, June 25, 2022 at Hartland Evangelical Lutheran Church, Hartland, MN with visitation two hours prior starting at noon.  Interment at Hartland Cemetery.  Lunch following at the church.

Edward was born to Martin and Cora (Lee) Hendrickson on October 13, 1926 in Bath Township.  He was a lifelong member of Hartland Evangelical Lutheran Church.   He was joined in marriage to Joyce Hallum on September 26, 1945.  They were blessed with three daughters and two sons.

Edward was a farmer for his entire life.  He also enjoyed restoring tractors, spending winters in Mesa, AZ and golfing.

The family of Edward extends a most heartfelt thanks to all the staff at St. John’s, The Woodlands and Mayo Hospice.  We are sincerely appreciative of all of you, and the  extra kindness and care you showed him during the final days of his life.

In lieu of flowers, memorials are preferred to Hartland Cemetery Fund.

To order memorial trees or send flowers to the family in memory of Edward Hendrickson, please visit our flower store.